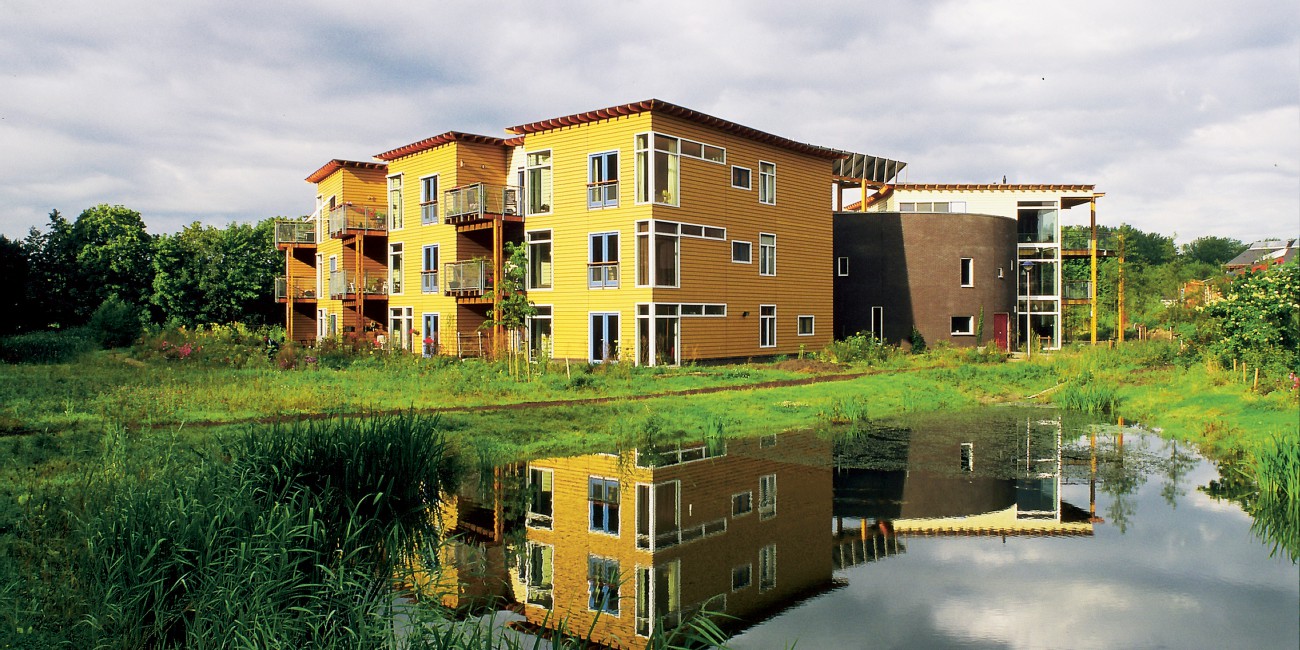 During the period of industrialisation and uninhibited growth of towns and cities, people started leading wastewater away from residential areas for reasons of hygiene. In most cases, this also included draining away rainwater via underground sewers. Today, the increasing levels of precipitation over short periods of time, caused by climate change, mean that many existing sewer systems are not capable of handling the volumes involved. In recent times this development, combined with the realisation that clean rainwater need not necessarily be led off in underground sewers and that storing it above-ground can also benefit urban areas, has caused policies and practices to be reconsidered.

The policy for the urban water system is always to slow the runoff of rainwater by capturing it for as long as possible or allowing it to infiltrate immediately. Climate change causes heavier rainfall, resulting in more rainwater needing to be drained quickly. Sewers have insufficient capacity for this and more overflow will occur if not enough buffering options are implemented at the district level. Climate change also leads to longer periods with little rain. The ground dries out and the water table drops. This can lead to pile rot in old city centres with timber pile foundations. It’s therefore important to retain as much rainwater in the city as possible during dry periods.

Even better than buffering it or delaying the runoff of rainwater is capturing and using it, which also saves on drinking water. In Belgium this policy has already been officially adopted. [Vlario, 2010] Rainwater buffering facilities can be realised by reducing the proportion of hard surface areas and introducing green roofs, rainwater ponds, underground reservoirs and decentralised infiltration systems.

Two methods exist for reducing the area of impervious surfaces. Firstly, roads and other hard surfaces should be no larger than strictly necessary. Secondly, where possible, for example on footpaths and car parks, semi-permeable materials should be used. Reducing the area covered by impervious surfaces offers several other advantages besides having a buffering effect and supplementing groundwater. Not only do areas with fewer paved surfaces have more lively designs, the microclimate is also improved by evaporation and because plants filter dust particles out of the air. This is also better for the life forms living in the soil. Habitats are created for plants and animals, both on the surface and in the ground.

Influence of pavement on the water balance: 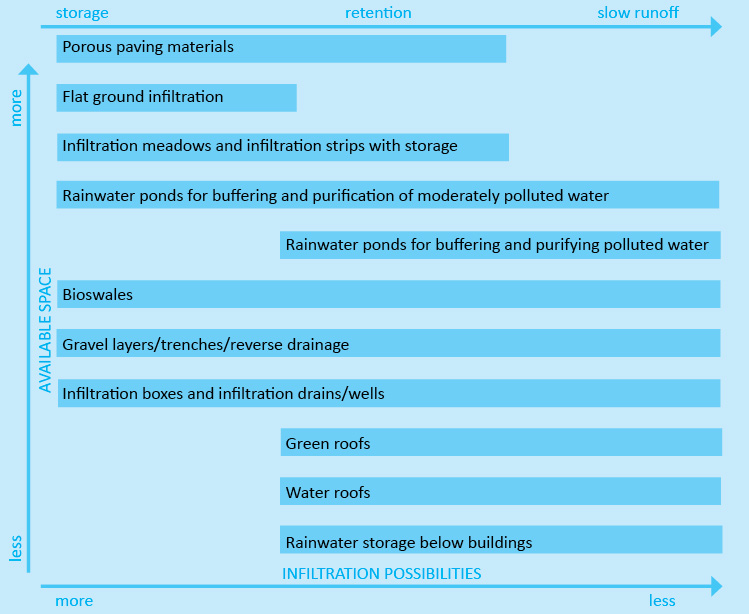