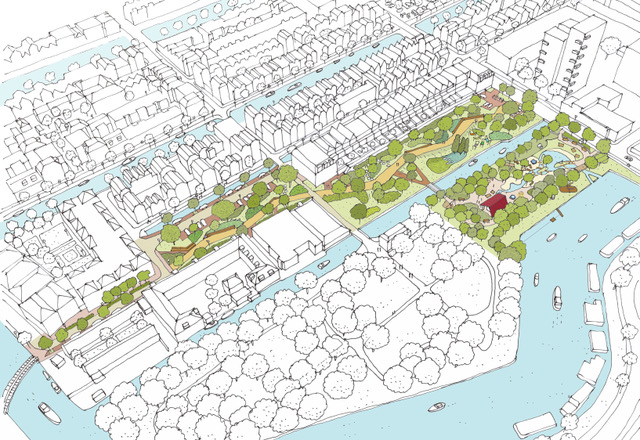 The new Lakenpark is a conglomeration of the old Lakenpark, Katoenpark, Kaarsenmakersplein and the Kaarsenmakersstraat. Through the new green design of the area, pedestrians will be able to continue their route through the singelpark, the park around the centre of Leiden, uninterruptedly.

At this moment in time, the park still consists of a footpath, a grass strip, and a double row of trees. In the 2020 it will be redesigned to fit perfectly into the existing Singelpark. At the loss of parking space, more trees will be planted, a new bicycle and footpath will be build, a natural playground for kids will be designed, and a pond will be dug.

To come to the new design, local inhabitants, the neighbourhood association and representatives from the singelpark association have cooperated with the municipality. This effort was a success as ideas and plans of these different groups were included into the officials designs. One of these was the diverse flora in the park. 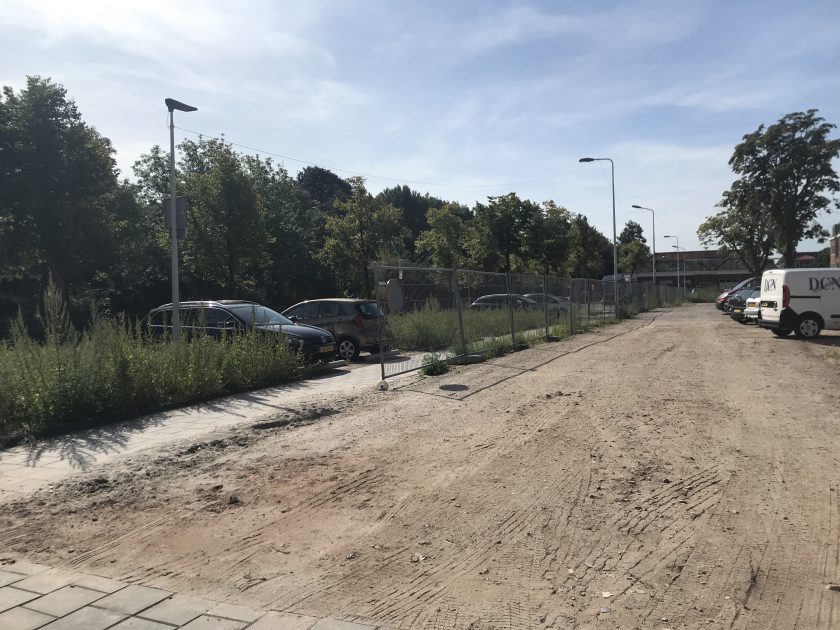 The execution of the plan to redesign the Lakenpark was started in 2017. The process was, however, halted temporarily due to disagreements between the different stakeholders. As soon as these were worked through, work continued. In the fall of 2018 the old Lakenplein was temporarily rebuild with the eye on future development. Alongside room for construction equipment, parking spaces and a green area were built. The design process was restarted with a new municipal project team. It was this team that in a process of intense collaboration with the stakeholders, developed a plan that was brought before the municipal council.

The Singelpark project is defined by the active collaboration between the municipality, inhabitants and other stakeholders. The collaborative partners play an important role in each phase of the project: at the development of the plan, the design, the execution, and in the end the maintenance of the newly build park. Especially the foundation ‘Vrienden van het Singelpark’ is a strong participant in this aspect. Its members are a group of enthusiastic and active inhabitants that found purpose in seeking to achieve their ideal picture of the new Singelpark. In their effort, they hired a specialist to join the design team, encourage participation amongst inhabitants, and help in the maintenance of the parks. 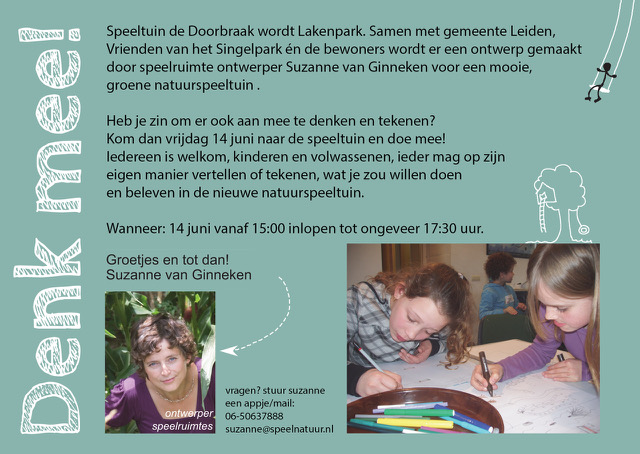 To help in the development of a design and the redevelopment of the Lakenpark, a sounding board was established. The members of this group are: local inhabitents, the foundation ‘Vrienden van het Singelpark’, neighbourhood association ‘Tussen de Rijnen’, Playground association ‘De Doorbraak’, Portaal, and Historical cemetary Groenesteeg. The sounding board discussed and provided advice on potential designs for the park. In addition, three meetings were organised which were meant to inform inhabitents on the process and plans. 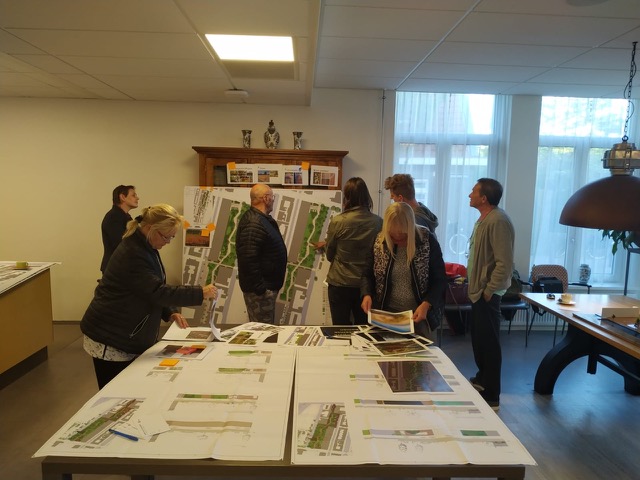 The goals of the project Lakenpark are derived from the ‘Beeldkwaliteitsplan Singelpark’ and the therein written ‘ten commandments’. The project must contribute to the connecting, greening, and strengthening of the Singelpark. As a part of SPONGE2020, additional climate goals were also set. In short, the goal is to realise:

These goals must be reached through achieving the following results:

The landscape of the Lakenpark will have a sloping character. Thanks to these height differences in the park, it will be possible to hide the parking spaces in the area. Aditionally, the slopes accentuate the green character of the Lakenpark and offer an incentive for diverse use.

Directly through the new Lakenpark, a winding path will be constructed. This path serves as a route for pedestrians and cyclists and does not allow access for motorised vehicles. In mind of creating places for sport and recreation, the path will vary in width. Additionally, wooden benches will be places along the entire stretch of the path. 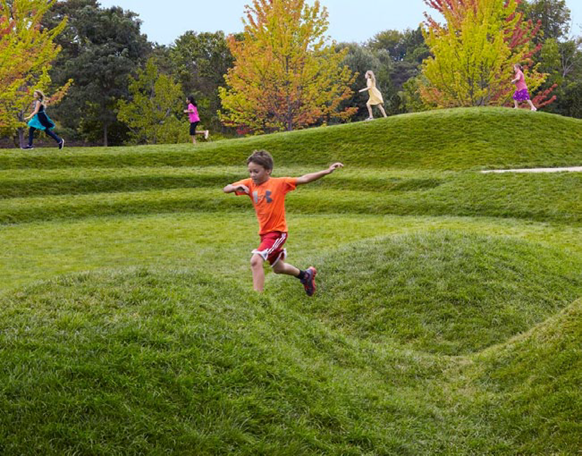 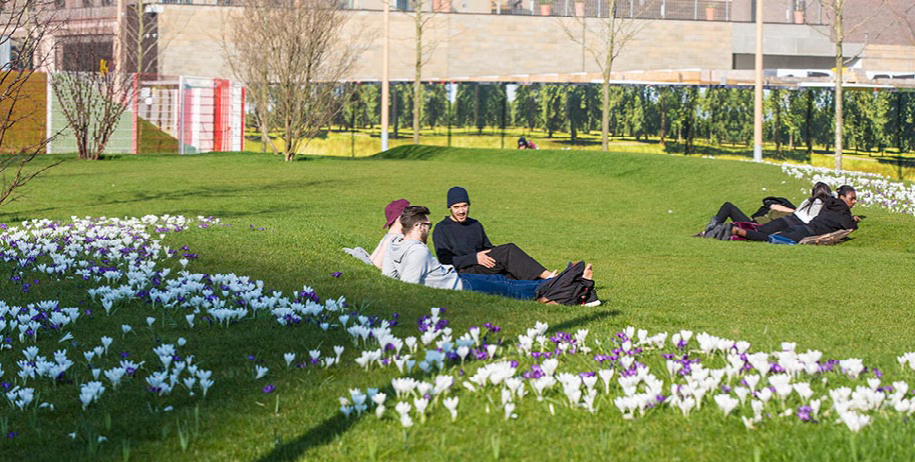 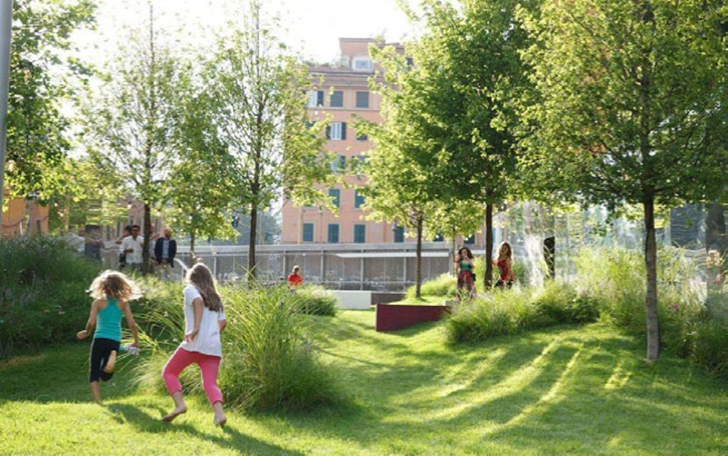 The Lakenpark is an exampleproject for the climate resilient design of public space. The design firstly ensures a large expansion of green in the area. Before the start of construction, 80 percent of the area consisted of paved streets and squares. In the planned design, this will be cut in half, with 60 percent of the area consisting of green. Secondly, the design ensures a reduction of heatstress. Thanks to the increased amount of trees more heat is absorbed and prevented from reaching the surface. Thirdly, the design ensures increased water storage and a slowed down drainage during heavy rainfall. Infiltration is further ensured through a planned wadi that can take in exces water during heavy rainfall. 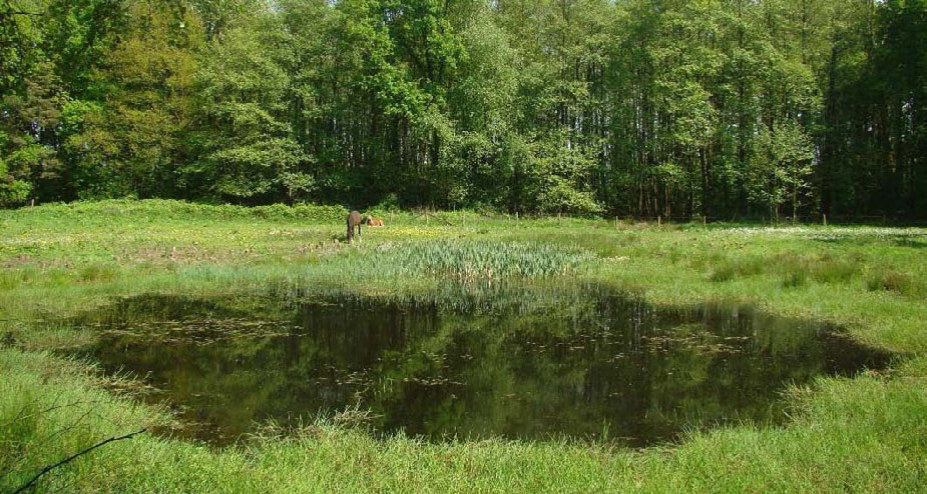 Increasing the biodiversity in the Lakenpark has been an important base interest in the development of the design. Taken into the design were therefore a plenitude of diverse flora, resulting is a colourful picture: multi-stemmed trees and other uniquely formed trees, contrasting leaves and bark,  and a seasonally bound qualities. The new trees, plants and flowers thereby together serve to increase the biodiversity of the park.

The ambition of the overarching Singelpark project is to create a fully connected pedestrian route through all the separate parks. The automobile route between the Oosterkerkstraat and de Nieuwe Rijn will therefore be removed in favour of creating the climate adaptive city park and pedestrian route.

In order to make the Lakenpark as green as planned, a lot of parking space will have to be removed. On the basis of a parking inventory made in 2018, 40 parking places will be retained in the new design. As discussed earlier these can be hidden in the sloping landscape.