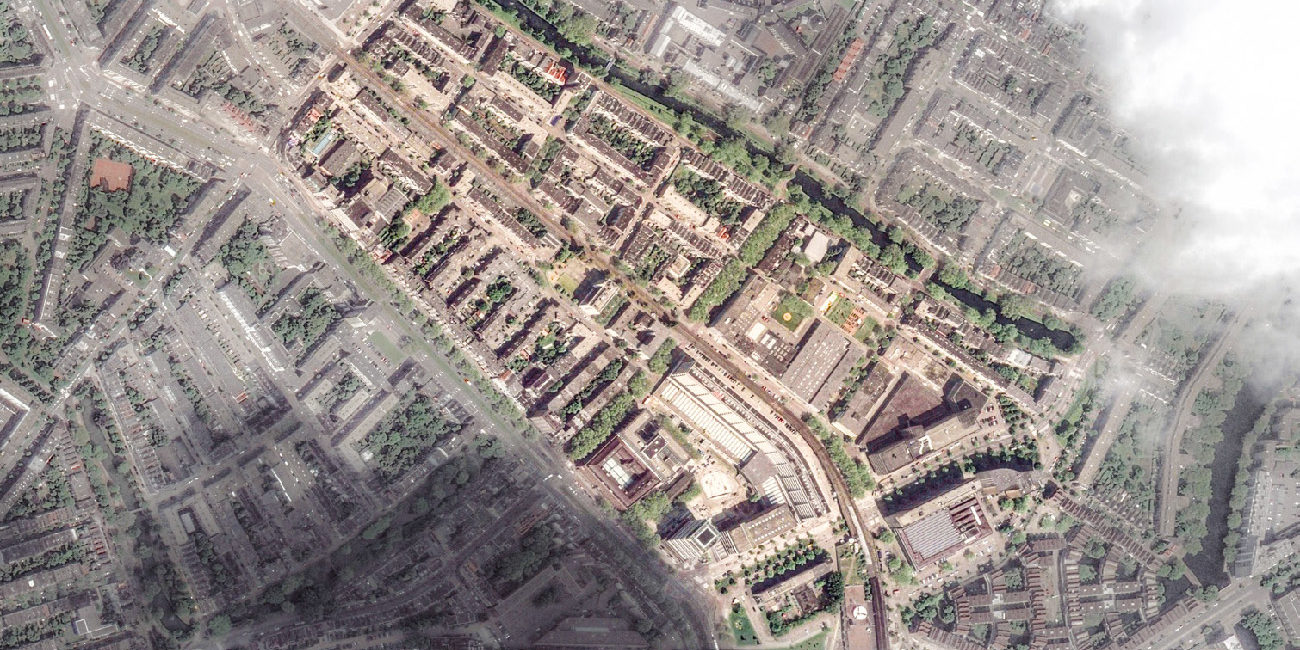 The Agniesebuurt is a neighbourhood in the north of Rotterdam with about 4300 inhabitants. The area of ​​the Agniesebuurt was built in 1880. In the Second World War a part of the Agniesebuurt was destroyed. During the reconstruction, the area became the destination of shops, offices, businesses and special buildings. Because of this the Agniesebuurt aquired the Zomerhofkwartier (ZOHO) business park. ZOHO is composed of various companies and entrepreneurs who enjoy contributing to a lively neighbourhood. Space has been given to these groups to implement their own initiatives in the area which has led to various events, activities, a hospitality industry and investments in outdoor and urban facilities.

Because of the change in climate, it is raining more as well as more often. We have seen this so-called downpour more and more in the last few years. At some places in the Agniesebuurt there are already problems: large rain puddles on the street are remaining for longer periods of time, gardens and cellars are flooding and in some houses the waste water flows back from their drains. Moreover, waste water also flows into the canals. If we do nothing now, these problems will only get worse. It is important that we take climate change into account in our plans.

19th century urban neighbourhoods, such as the Agniesebuurt, which are densely built with a lot of pavement and with relatively little open water and green, are vulnerable to the consequences of climate change such as extreme precipitation. Given the location of Rotterdam below sea level, every raindrop that falls must be transported or stored. With regard to the discharge we are now running at our maximum capacity (larger pipes and pumps), so we have to look for other solutions.

Based on the Water Plan 2, the Municipal Sewerage Plan (in dutch) and the Rotterdam Climate Change Adaptation Strategy, we focus on adaptive measures to retain the rainwater and to delay it before transporting it. In vulnerable areas we aim for a water-robust design of buildings and public space. The exact measures vary per area and are dependent on the specific characteristics of the district, such as the relationship between pavement, water and green, the groundwork, the groundwater level, the type of sewer system and, of course, the functioning of the water system. 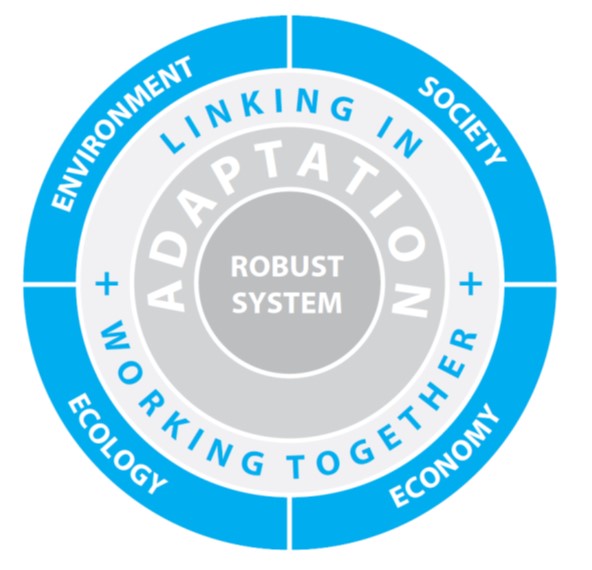 The sewage system in this specific neighbourhood is old and shows leakages in different places. Moreover, it is a combined sewer system, which means that waste- and rainwater are transported together. This is not desirable in terms of sustainability, but also in terms of its side effect that in case of heavy rain showers, the combined sewage water can flow back from the sewage into the canals.

The outdoor area of ​​the Agniesebuurt is also in need of an upgrade. The scenery is very ‘stony’ and the streets and sidewalks have subsided considerably. When the sewer system is replaced, integral maintenance can be carried out immediately. 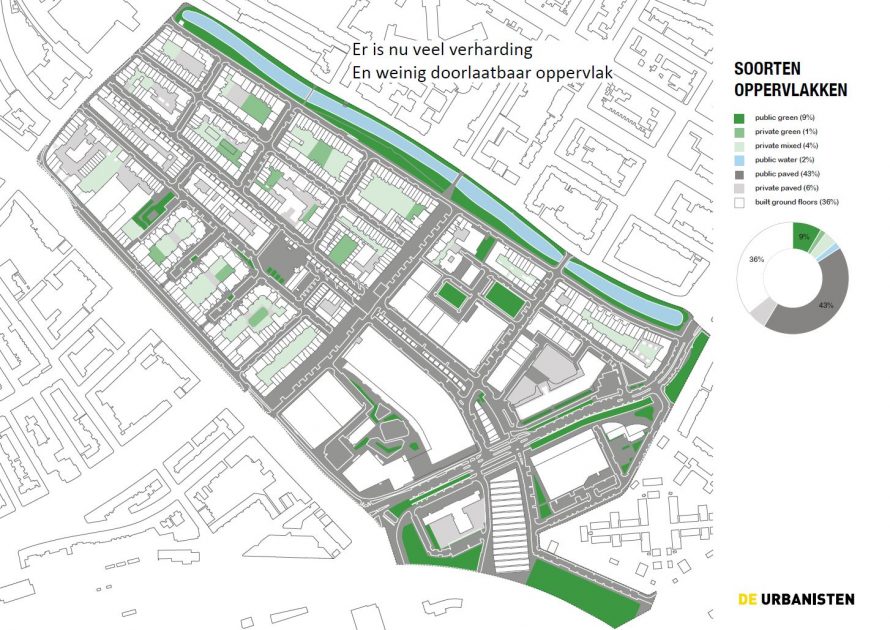 The sewer system in the Agniesebuurt will be replaced. A waste water system will be installed and the rainwater will be disconnected as much as possible. The ambition is to store 100% of the rainwater locally, through underground and above-ground measures, such as pervious pavements and infiltration crates. Measures are taken in the public space, where both the public area as well as a vast majority of the paved area of ​​the private owner can be connected to. In addition, better and more green space will be used, which makes a positive contribution to both downpours and heat, and also contributes to a more pleasant living environment. 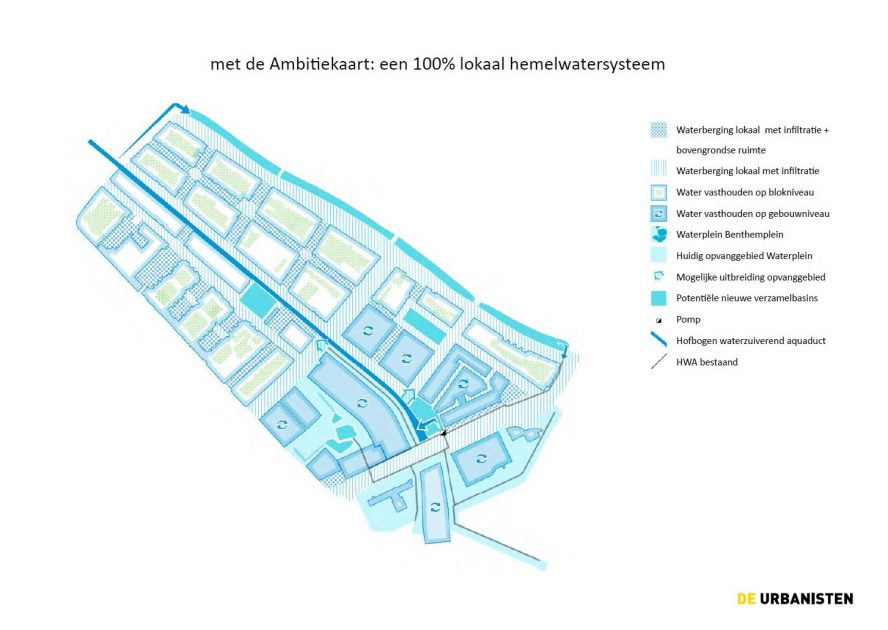 The climate-adaptive approach in existing urban neighbourhoods is still in its early stage. Rotterdam and other cities can learn a lot from this. The project should therefore be seen as a ‘learning’ project, as a pilot for a climate-adaptive approach for these types of neighbourhoods in Rotterdam for us and also for Sponge partners to learn from. This applies to the physical approach and the organization of the project, but also applies to the participation. This means that you can also do things that do not go right immediately. We are very open about this, monitor the situation well, talk to each other about things and build in ‘escapes’ in case there are unwanted consequences. A learning project also means that we approach research well; make a clear description of what we want to learn and monitor, report and adjust if necessary. 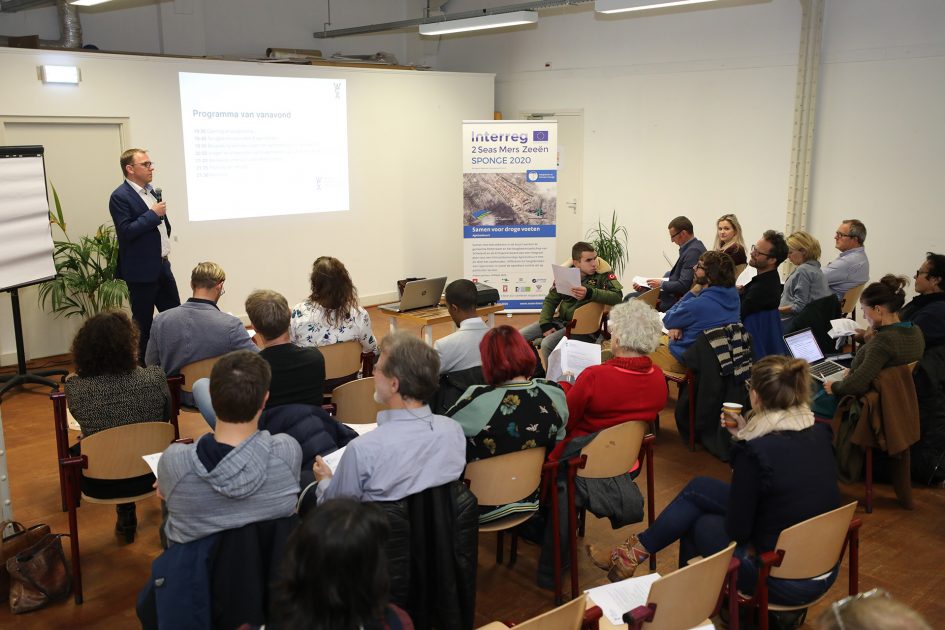 To facilitate the process we are creating a ‘neighbourhood community’ where all stakeholders have the opportunity to contribute, participate or just read along. The community exists online and offline. In the neighbourhood community, we are going to work step by step with stakeholders on various topics that come with the climate-adaptive approach. Together with the stakeholders, we determine the next topic that needs to be discussed, explained, researched or elaborated. Stakeholders who want it can join in all steps. The communication approach and online community ensure that people can also receive the input as well as the outputs of groups that are not present.

Then we’ll work with that input – municipality, residents and others. We discuss the outputs and include them in our conversation. In some sessions (independent) experts will join in, to think along as a ‘critical friend’ with a fresh look, and to sometimes do further research / initiation / help.

For each session we choose the work form that suits the demand and group. With all topics we link back what has been done with everyone’s contribution, and how it has been weighed. In any case, we communicate openly and regularly about all matters and we share the information online. Where confidential information is concerned, we determine together how we deal with this.

Within the neighbourhood community there is one fixed group of stakeholders that monitors the results for a longer period of time and provides advice. 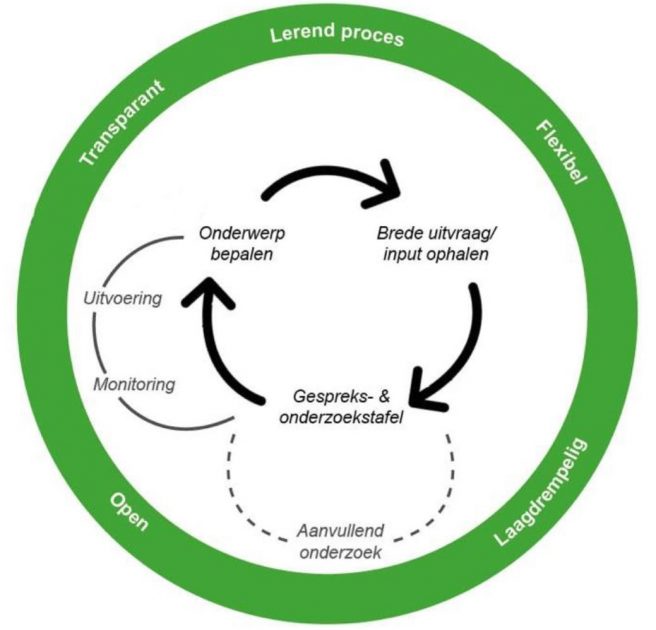