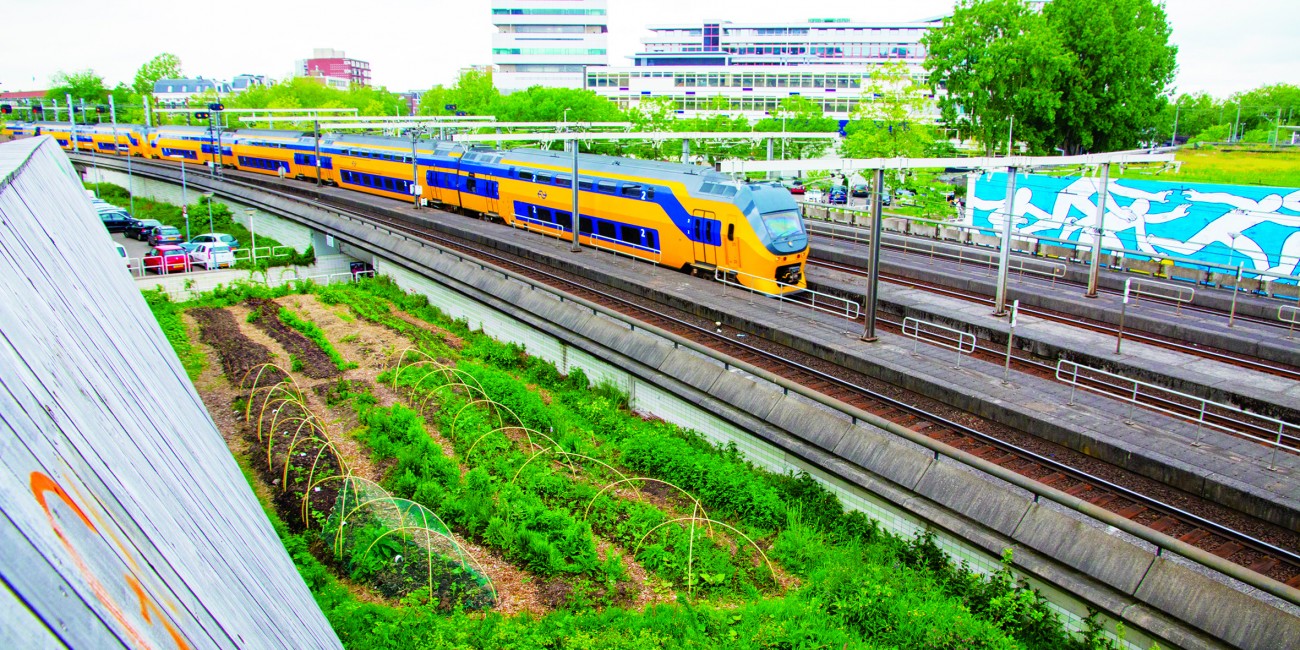 As a delta city, Rotterdam is vulnerable to climate change. Rainfall intensity, river drainage and sea level are changing. This in combination with continuing growth and city density increases the risks. This calls not only for new measures but above all a different vision of water management. In this respect Rotterdam has been in transition for 15 years now. A wide range of plans and programmes reflect this development: starting with the first Water Plan (2001), the Water City 2035 Vision (2005), the transformation to the second integrated Water Plan (2007), the Rotterdam Climate Proof Programme (2008), the Rotterdam Adaptation Strategy (2013), the recently-launched Resilience Programme (2014) and the Water Sensitive Rotterdam Programme (2015). Rotterdams WeerWoord (2019) completes the journey. The Dutch weerwoord combines in one word weather with rebuttal.

It is interesting to note that initially urban water management was linked to spatial planning, followed by climate change, and most recently the concept of resilience is receiving all the attention. At the same time, thanks to the efforts of the Water Sensitive programme, this approach is being further implemented and is becoming more mainstream. This development is increasingly visible in the city; examples include various water squares, alternative forms of water storage, more green and projects to removing paving, 220,000 m2 of green roofs and a rooftop park. The strategy now is to take measures on a small scale that will increase the city’s ability to absorb water and at the same time improve outdoor public spaces. This holistic approach and the increasing number of visible projects have received international attention. In 2015 more than 80 delegations visited the city, which results in more work for local businesses. Knowledge institutes and businesses have responded with the creation of the Centre for Resilient Delta Cities, which functions as a knowledge portal. 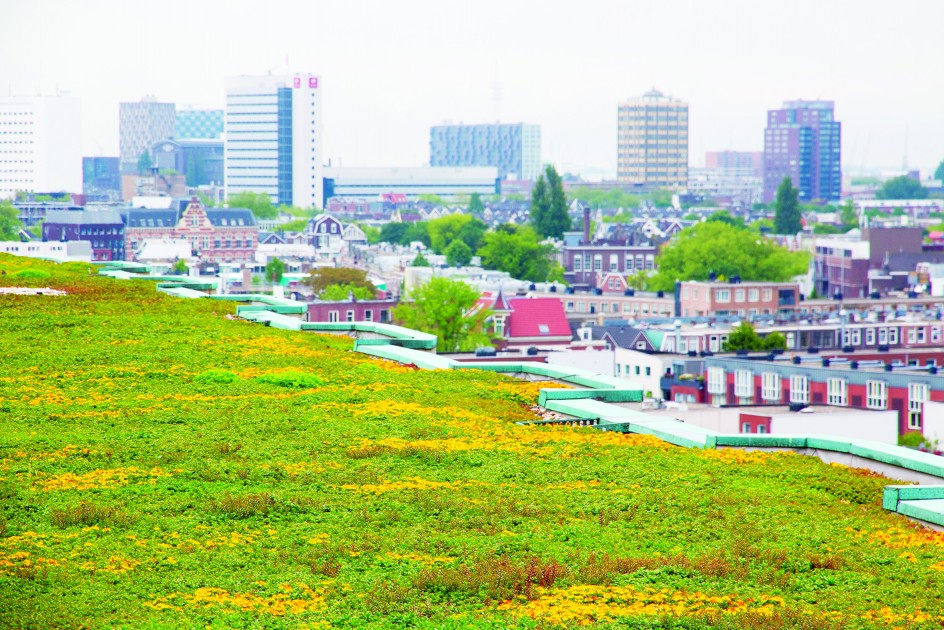 Rotterdams WeerWoord (RWW) is developing measures to prepare the city for the impact of climate change. The programme addresses the six climate themes: precipitation, heat, drought, subsidence, groundwater and flooding. The programme is finite and aims at a climate-proof city by 2030. Measures to achieve this are being taken in public outdoor space, but also on private properties.

These measures tie in with projects already completed in Rotterdam such as Benthemplein. The programme is designed to impress upon a large segment of the population the urgency of climate change and to motivate people, organisations and businesses in society to work together on:

In this context intensive collaboration with science and the development of a cost-benefits analysis are essential. Of utmost important is a different way of dealing with precipitation. Rainwater is a valuable resource which should be used locally whenever possible. Visible water drainage results in more awareness and assurance in the long run.

Despite the success of and international interest in these projects, the city of Rotterdam recognizes that it is not possible to make the entire region more climate resilient with similar costly solutions. Tackling climate change will have to be embraced more widely than just by the project team and government organisations. To react to and anticipate climate change on a large scale, it is necessary that society as a whole appreciates this urgency and that organisations, businesses and residents work together on solutions.

In all of its plans and projects, the objective of Water Sensitive Rotterdam is to make the city a better place to live and to promote social cohesion in addition to climate adaptation. For example, WSR contributes to the resilient city. The central question for Water Sensitive Rotterdam is therefore how the various municipal services can be motivated so that in every urban plan and project, water management and climate adaptation is taken into account. WSR tries to introduce the principles of climate policy in every plan while remaining flexible.

In dealing with climate adaptation, Water Sensitive Rotterdam is, in its communication and approach, focused on involving municipal services, city residents, businesses, interest groups, associations, etc. on an equal footing. It needs to become a movement led by local authorities, together with citizens and business people. Everyone contributes according to his/her ability. WSR must evolve from a municipal plan to something belonging to the city. The journey consists of many small steps that bring us closer to the goal. By creating together, implicit wishes and needs can be expressed and co-ownership emerges.

The Zomerhofkwartier district has undergone a gradual urban regeneration together with its users (residents, businesses, organisations and visitors). A neighbourhood which previously had many vacant commercial units has been transformed into a district where everything is possible, with 120 businesses now operating in the area. The unique multifunctional Benthemplein water square acted as a catalyst for the further development of Zoho. Climate adaptation was found to act as a driver for sustainable development, the greening of the district and for strengthening social cohesion. These experiences can be scaled up to surrounding areas and other districts. Knowledge institutes use the district as a test lab. [www.resilientrotterdam.nl/en/] 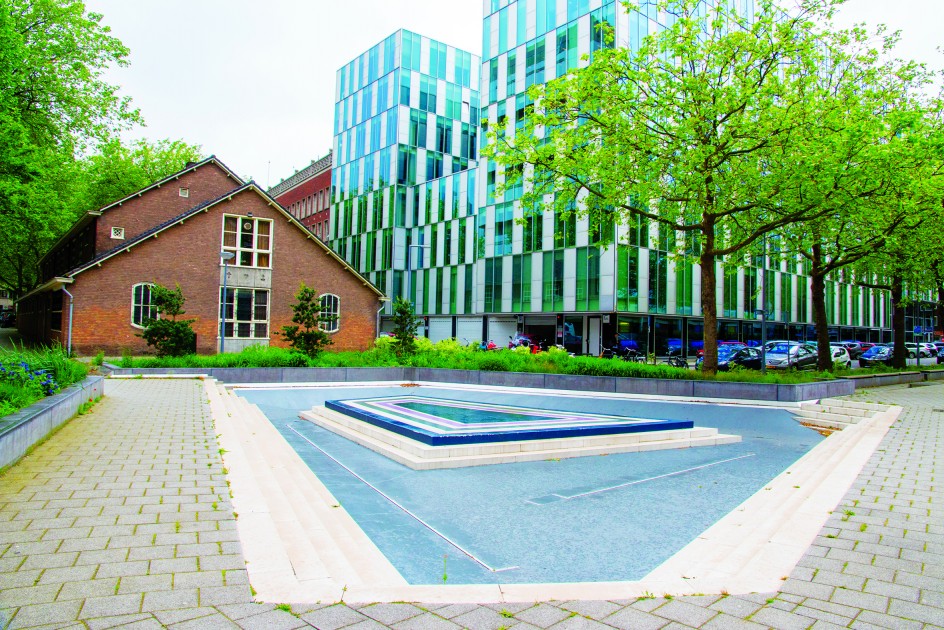