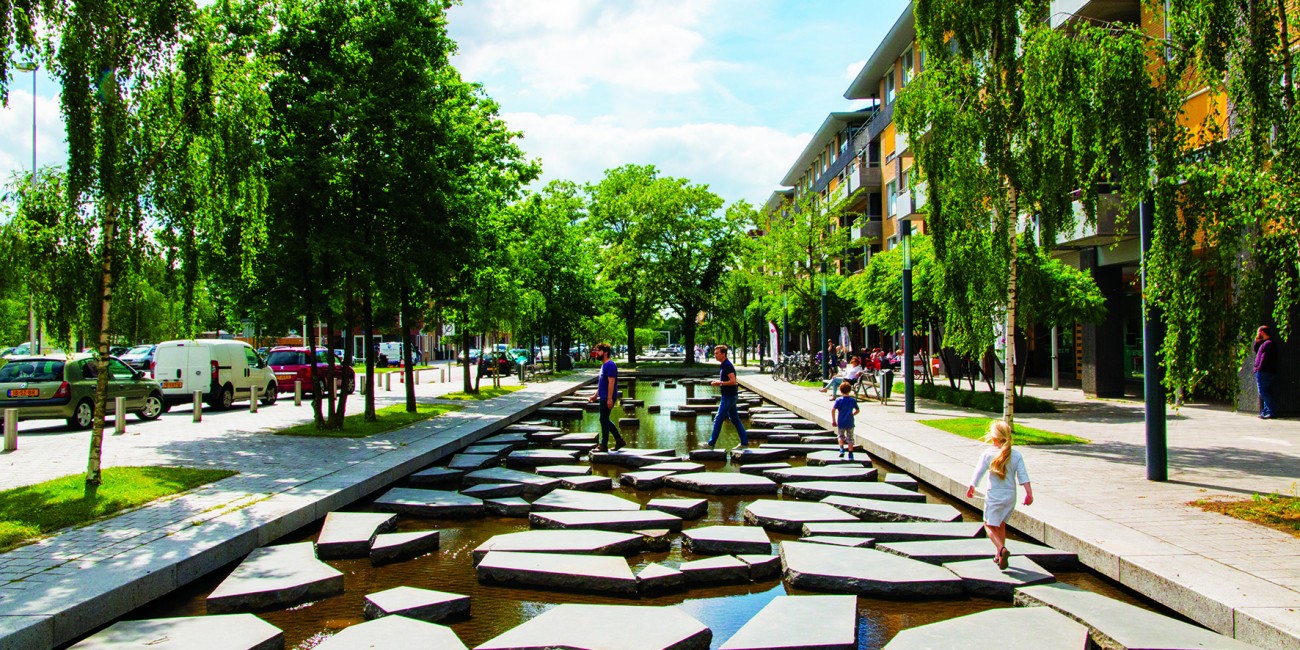 Streams have played an important role in the formation of Enschede. The first residents settled here because there was enough water available. They used the water for drinking water, for washing, for irrigating the fields and even to defend the city. Until the 19th century Enschede even had a moat . 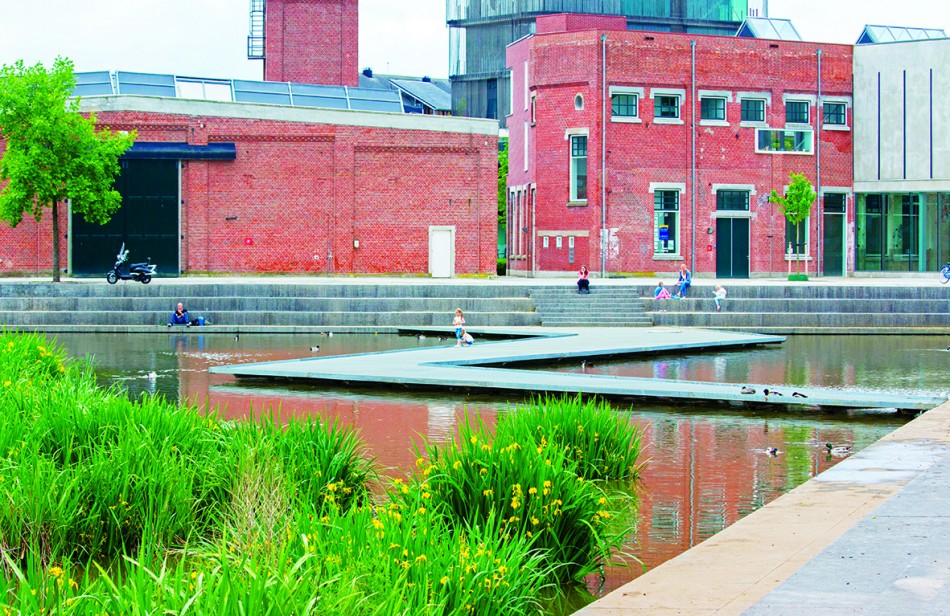 The Roombeek was one of the many streams in Enschede. For centuries the Roombeek served as a water source for the textile industry and was also used for water disposal. Textiles were spread out on the bleachfields – grassy fields belonging to the textile factories – and the sun whitened the linen, making it more valuable. The textile workers kept the material damp by throwing water on it from a ditch with large scoops like slotted spoons. After the drying and bleaching the textile was rinsed again.

Clean water was needed to bleach the materials. The bleachfields were often located close to where groundwater came out of the ground (seeps). To better regulate the water supply and discharge, the bleachfields were connected to the local stream system.

At the beginning of the 19th century the textile industry flourished in Enschede. More and more water was needed to bleach the linen. Instead of stream water the industry started using groundwater, because that was always widely available. The excessive use of groundwater resulted in the upper reaches of the streams mostly drying up. The textile industry disposed of the used water into the stream. Due to the pollution the stream water could no longer be used for bleaching textile. To this day dyes are still found in the ground in filled-in streams during excavations.

Enschede continued to grow and more and more household wastewater was discharged into the streams. In dry periods, when there was almost no water flowing in the streams, they stank. At some point a decision was made to cover the streams and sewers were made for water drainage.

In the meantime the textile industry continued to extract increasingly more groundwater. This resulted in some parts of the stream running totally dry. The space came in handy for building roads and houses. More and more parts of the stream were filled in. Gradually the Roombeek disappeared from the city.

The industry has for the most part stopped drawing groundwater. The result is that the groundwater is almost as high as it was when it was such a good location for bleachfields. In recent years complaints about high groundwater levels has naturally increased. The flooding caused by high groundwater levels is solved by home-owners installing a small pump to remove the water under the home. The collected water is often discharged into the sewer, in the absence of alternatives. This causes a strain on the sewer system, overflow problems and inefficient use of the sewer water treatment. Enschede is currently working on a separated sewer system and buffer and infiltration measures above ground and underground. The streams always served an important role in preventing flooding. Streams draw groundwater from the immediate surroundings; the amount is dependent on the type of soil.

The groundwater in many places in Enschede is polluted from the former textile industry. To clean the groundwater it is pumped up and treated. This water is also discharged and, when possible, infiltrated. 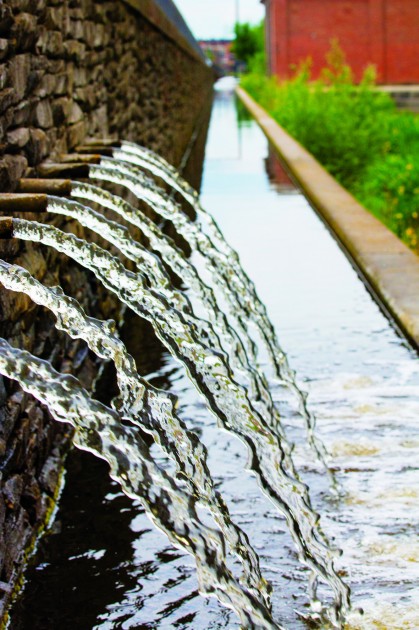 The problems with excess groundwater require a good and sustainable solution. Various experts and organisations have collaborated about the future of water in Enschede. These include the city of Enschede, the Regge and Dinkel water boards, water supply company Vitens and the province of Overijssel. In 2002 the parties created Enschede Water Vision. The goal is simple: “Blue veins back in the city”. The Roombeek is one of the blue veins.

THE COURSE OF THE ROOMBEEK

In the process of rebuilding the Roombeek district, the desire to restore the old Roombeek quickly became apparent. Residents as well as the city council wanted to bring this piece of Enschede history back to the forefront. This will make water management more sustainable, improve quality of life and increase environmental quality.

The rainwater or drainage water from some districts is discharged into the Roombeek. In the Roombeek district itself the treated groundwater is added.

The Roombeek becomes a wider urban waterway along the Roomweg road. From here an extra underground pipe has been added to be able to discharge larger amounts of water while maintaining the same appearance of a shallow stream. In the Van Heek Park the above-ground and underground streams come back together through the water playground. The stream is surrounded by green here. In the Ledeboer Park the stream follows its old path and a flood plain has been built, where water can be stored after heavy rainfall. The Roombeek then flows as the Drienerbeek to Hengelo where a “water bypass” has been built to prevent flooding in Hengelo. Beyond Hengelo the Drienerbeek flows into the Regge.

The Roombeek has fluctuating water levels and discharges more water after heavy rains.