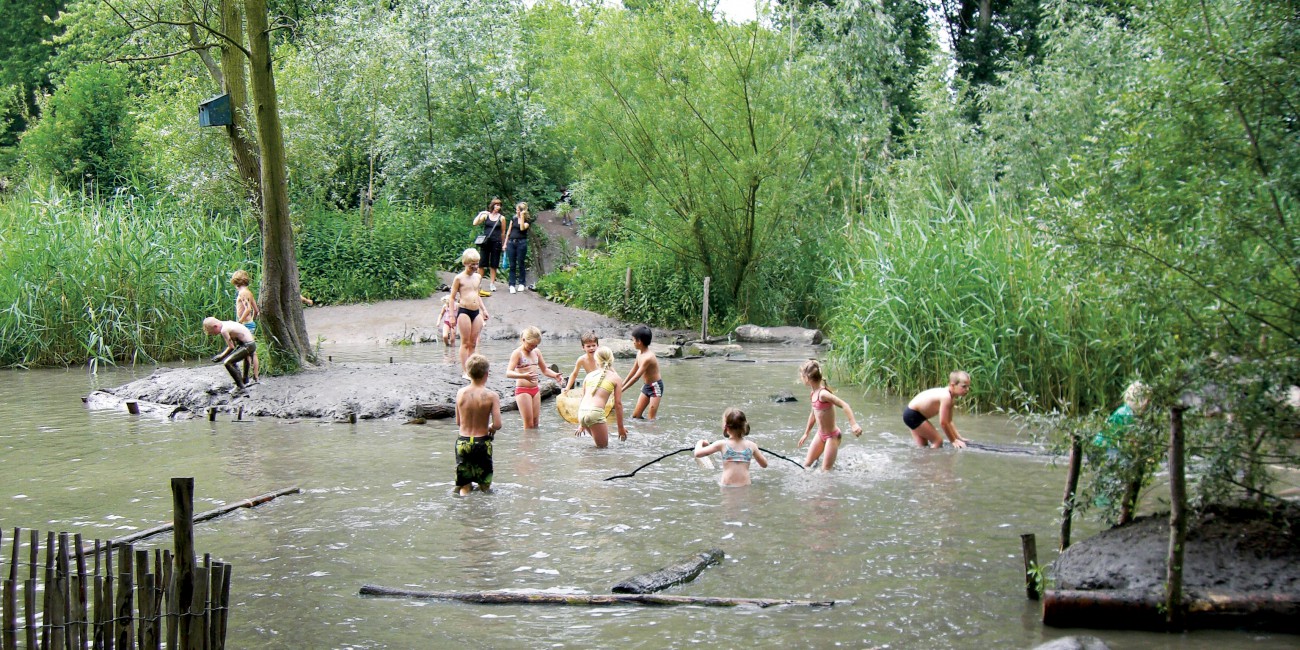 Building huts from branches and clay, sailing in boats and on rafts, splashing around in water, catching tadpoles and building campfires – all of these activities are possible in the Speeldernis playground.

Speeldernis is an oasis for young adventurers in a metropolis. This nature playground offers possibilities for climbing, jumping and running, as well as building huts and dikes using water, sand, stones and wood. Children learn here to seek out their limits, gauge risks and make their own decisions.

The many different types of ground and the varied topography make it possible for a great biodiversity to develop, giving children the chance to learn about native plants and animals as well as natural processes and cycles while they play. Natural playgrounds also offer ample opportunities for daydreaming and wonder, for hiding away from daily life and enjoying time and space.

Activities in the playground itself, nature excursions and architectural models of the playground were organised to involve the users in the design process. Safety proved to be a recurring theme in the discussions; as such, a safety expert from playground consultancy ‘Buurt- en Speeltuinwerk Rotterdam’ was closely involved in the design. Once complete, the design was also compliant with the guidelines of the Dutch Safety Decree for Amusement Park and Playground Equipment (Besluit veiligheid attractie- en speeltoestellen).

Landscape designer Sigrun Lobst drew a sketch for a mixed landscape, incorporating all the requirements. She designed a varied garden with hills and watercourses, grass for playing and wilder spots, fruit trees and winding paths, offering sufficient room for both young children and older children to play.

The contractor created a rolling landscape with flowing water. A special development was that 100 German landscape gardeners worked together with Dutch colleagues during their annual summer camp to dress up the bare hills. Over the course of a week, they laid dry stone walls, winding paths, gates, bridges and watercourses. During the autumn and winter months, volunteers working for the playground or for Stichting Internationale Werkkampen, a foundation that organises international aid projects, planted and sowed shrubs, trees, herbs and root vegetables in the garden.

Now that the park is open to the public, supervision and maintenance are provided by volunteers and trainees, with the exception of a small number of paid professionals. 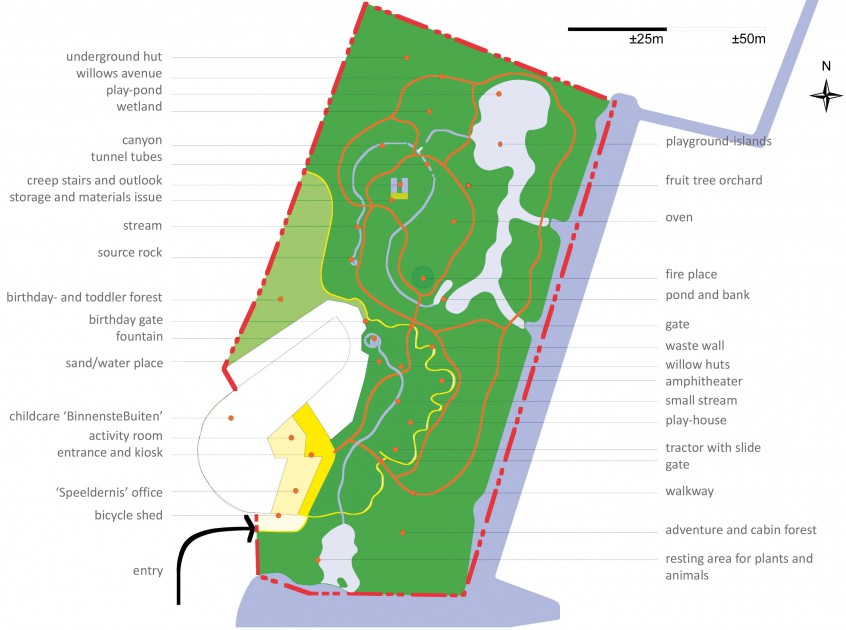 The water for playing is pumped up from a depth of 36 metres. It is almost pure enough to drink (though the iron and salt contents are slightly higher than those in drinking water). The purpose of the design is to keep the water visible for as long as possible. It twists and winds its way down a rise to the pond.

Several biotopes are included: a fast-flowing brook, a gentle brook in a meadow, a marsh, steep banks, shaded banks and ponds of varying depths. For added safety, the pools for children below the age of six are no deeper than 20 cm, while those for children aged six and up are no more than 40 cm deep. The banks slope gently, with gradients of approximately 6%, and the ground has been treated to reduce its slipperiness.

One problem that emerged was the erosion of the banks, caused by the waves and the children. Stones were placed in the banks and tree trunks and vegetation were added to prevent further erosion.

The provincial authorities granted a permit for the extraction of groundwater.

The playground is a hit and is attracting more and more visitors: not just the neighbourhood children, but frequently also children from further away. The playground also attracts schools and childcare groups. Its tremendous popularity means that at times there are waiting lists for birthday parties.

The playground is also a great favourite among parents, children and professionals. The natural playground concept serves as a popular example and has inspired designs for many other playgrounds all over the Netherlands.

The costs of creating the playground, including the design, were € 171,000. However, it should be noted that much of the work was done by large groups of volunteers. 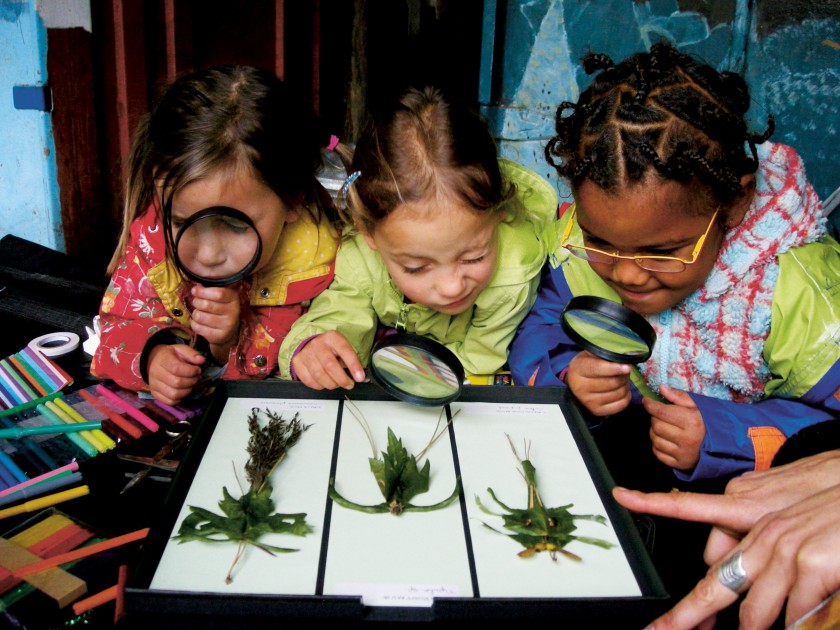