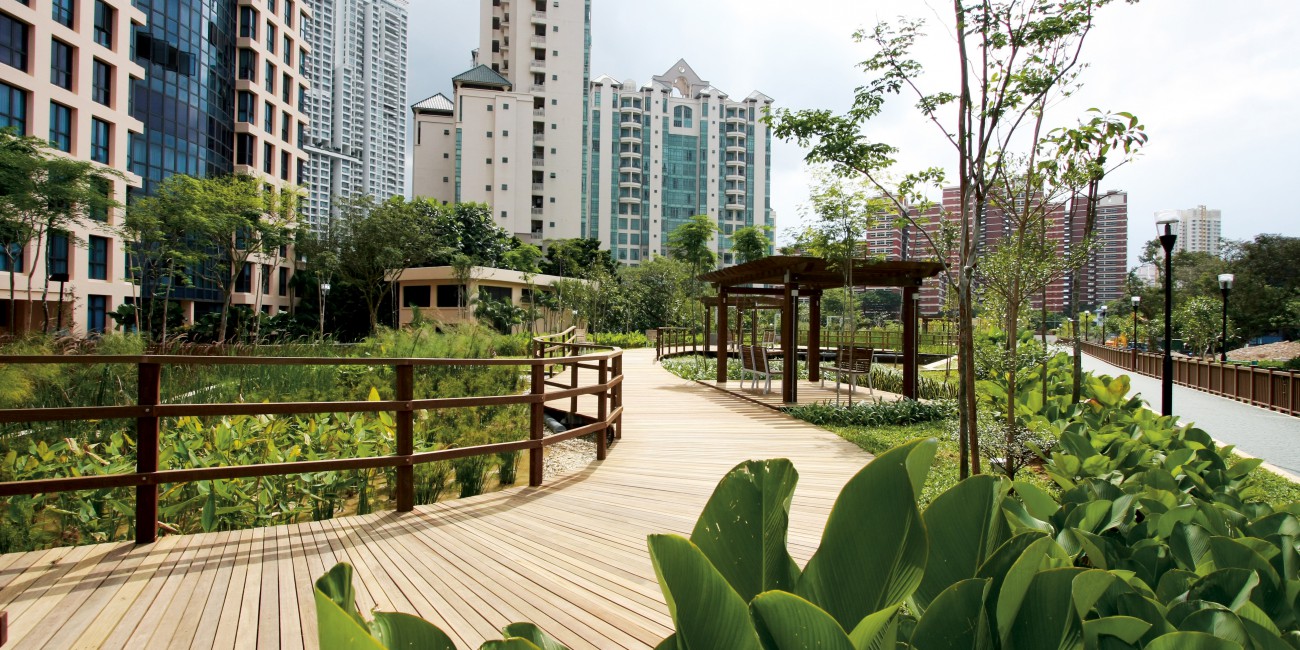 Singapore is a city state with one of the highest population densities in the world. Only Monaco has a similar density. This densely populated city state has set itself the target of realising an ambitious and comprehensive programme to increase sustainability and quality of life. Although the approach adopted is specific to Singapore’s situation, it is also interesting for other urban conglomerates.

Singapore is a country with an area of more than 680 km2 and a population of almost 5 million. The area is barely half that of Greater London, with almost 8 million people. For the sake of comparison: the most densely populated municipality of the Netherlands is The Hague with not quite 6,000 residents/km2, while the city of Singapore has a population density of around 25,000 residents/km2.

The problems facing Singapore are diverse in nature:

Singapore’s goal is to ensure that the measures taken to solve these problems result in the highest quality of life of any Asian city. This refers to a sustainable and intensively used city that is green and clean and offers an excellent infrastructure. By increasing the city’s level of sustainability, Singapore will also realise high quality in spatial terms, allowing for continued prosperity and growth in the future. 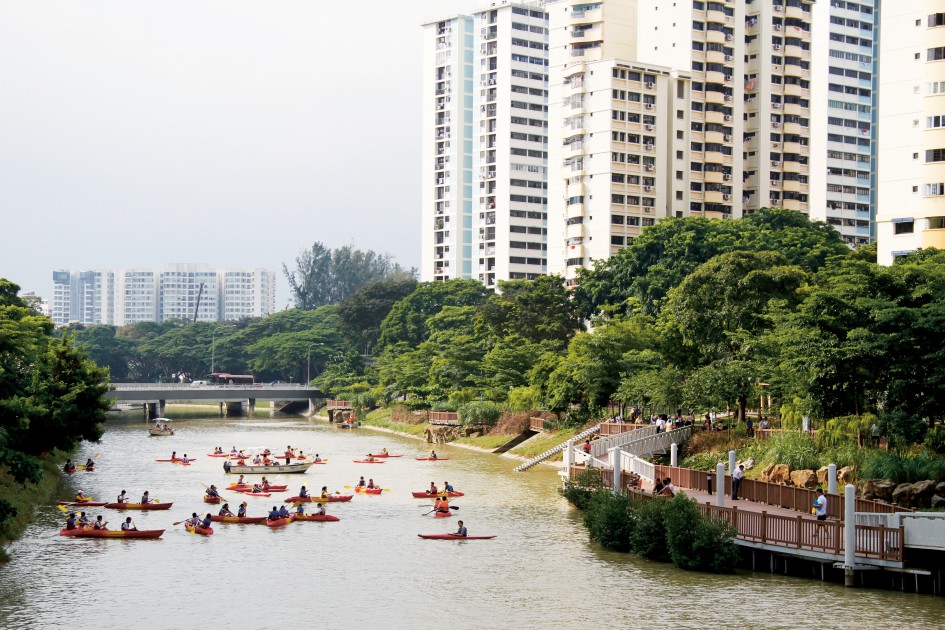 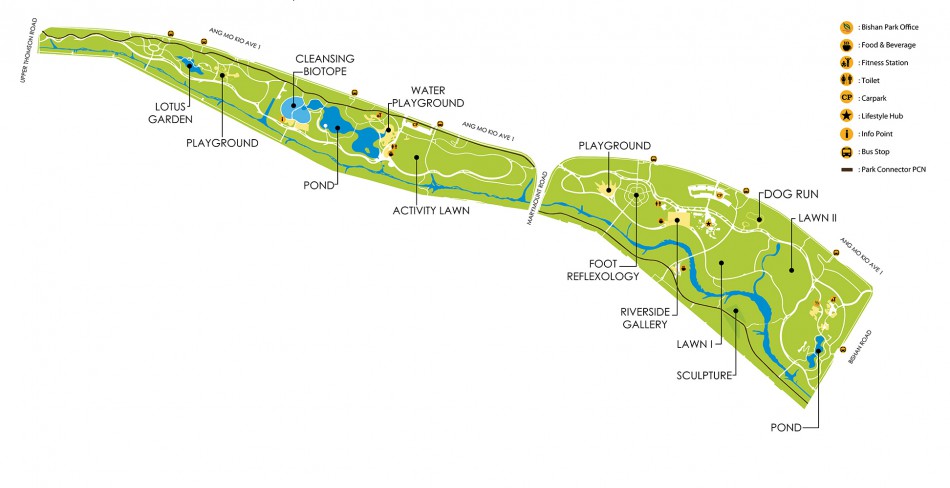 This goal has been translated into a number of implementation programmes. For example, the cycles of raw materials in the city will be optimised:

The quality of the urban living environment will be improved. 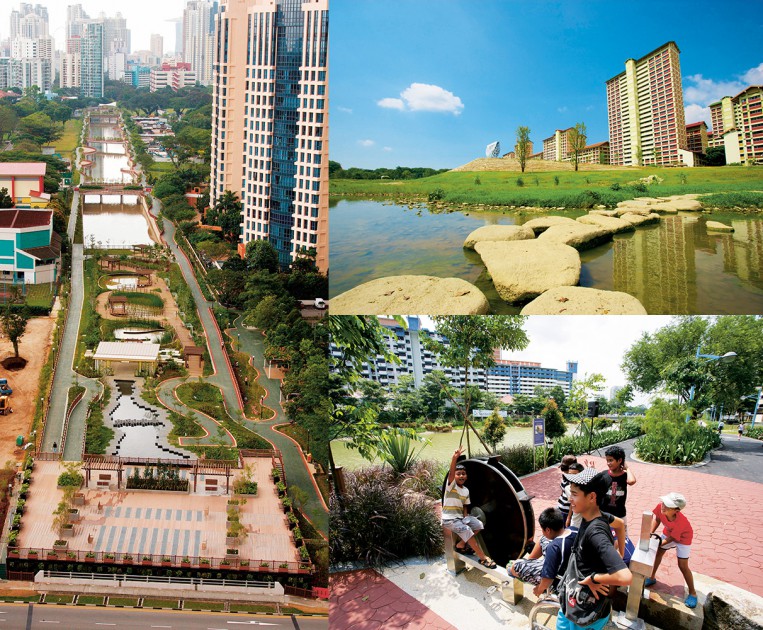 The goals in terms of the city’s water system have been translated into various programmes, including the ABC (“Active, Beautiful and Clean”) Water Design Guidelines, which sets out a vision of the green-blue grids to be developed and enhanced in the city. The city’s canals will be transformed into green-blue grids. In Singapore’s tropical climate, the rainwater falls in a very short space of time and is drained off in concrete canals. These canals form barriers in the city and are inefficient. The green-blue grids include the city’s water reservoirs, canals and rivers, and connect to the city’s green grids and parks to buffer and treat rainwater. The green grids offer possibilities for recreation, reducing heat stress, carrying slow traffic and of course realising a more attractive city. [PUB, 2009]

A recent publication, Design Guidelines, explains the design principles from the ABC Water Design Guidelines and presents details of the various sub-projects. The design elements are divided into retention facilities, treatment systems and retention systems.

Most of the systems involve ecological forms of water retention and treatment and solutions that have been properly integrated into the surroundings. The design is a chain of facilities that we would describe as ditches, bioswales, retention ponds and wetlands, plus retention facilities underneath and alongside roads that are connected to the larger rivers. The water ultimately flows into the Marina Barrage, Singapore’s largest reservoir. The integration of facilities into the urban system means that the programme hinges upon the involvement of the residents. This is an aspect that is being actively promoted.

One of the defining pilots is the Marina Barrage: this project serves important functions as a reservoir for clean water, as a recreation area and as flood protection for the city. The Marina Barrage is a 10,000 hectare water retention facility, making it Singapore’s largest freshwater buffer, and has been beautifully integrated into the context. The Marina Barrage visitor centre houses an exhibition that offers visitors information about the water projects. The building also houses a restaurant and has a green roof to keep the building cool and reduce the costs of air conditioning. 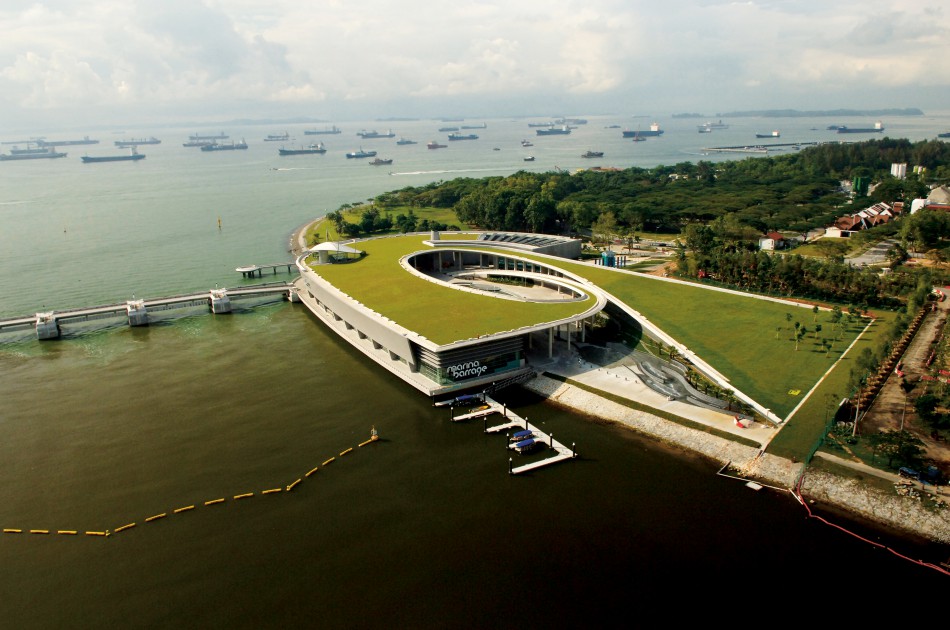 The vision is to transform Singapore into a city of water, parks and gardens and to create possibilities for outdoor activities and sports. Another important project involves improving the connection between the Kallang River and the city and the parks adjacent to the river. For example, the river, which flows through a concrete bed, has been returned to a more natural appearance, given green banks and made easier for the city’s inhabitants to reach and access.

As part of the process of increasing the amount of vegetation in the city, Singapore supports private initiatives for realising traditional gardens and roof gardens. For example, the city already hosts more than 300 common gardens. Incentives exist for building green roofs to keep the buildings below cool and help reduce the amount of energy used for air conditioning. 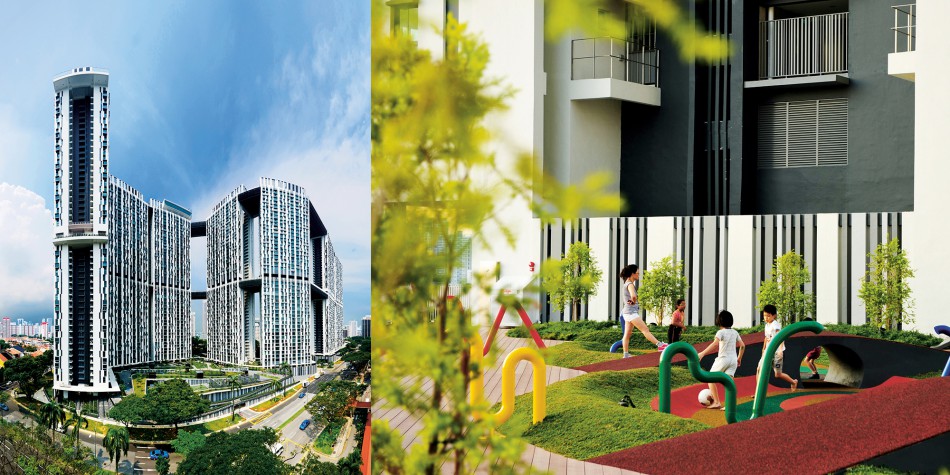 The large amount of vegetation in the city also serves to keep the city cool. Vector-borne diseases such as dengue fever are more common in regions with high temperatures.

Biodiversity is another matter to which the city is devoting attention, by researching and protecting corals and mangrove forests, both of which are in jeopardy because of the rising sea levels.

Singapore has set itself the task of improving efficiency in processes that use fossil resources and producing biogas as a renewable source.

Singapore treats and recycles all its wastewater. Heat is extracted from wastewater and organic material and is recycled. The city has strict policies to prevent pollution and a regime for separating and recycling waste.

Singapore is showing what can be achieved in a highly densely populated area and is demonstrating possible solutions for times in which not only fossil energy sources will be scarce, but supplies of freshwater, too.

The deliberate decision to combine increased sustainability with improved quality of life bears witness to a sensible approach to dealing with climate change. 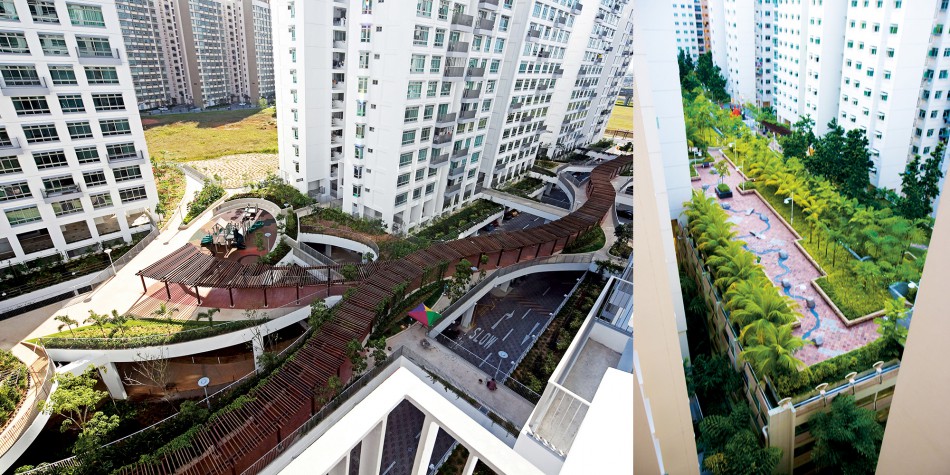 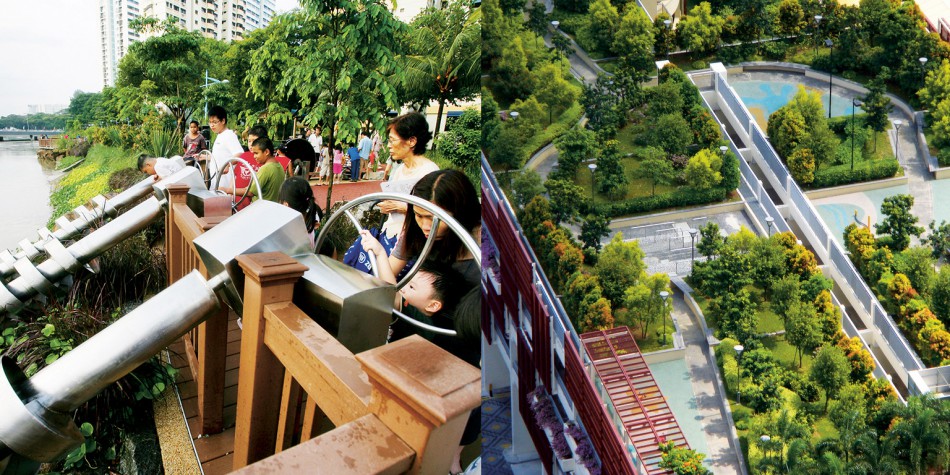