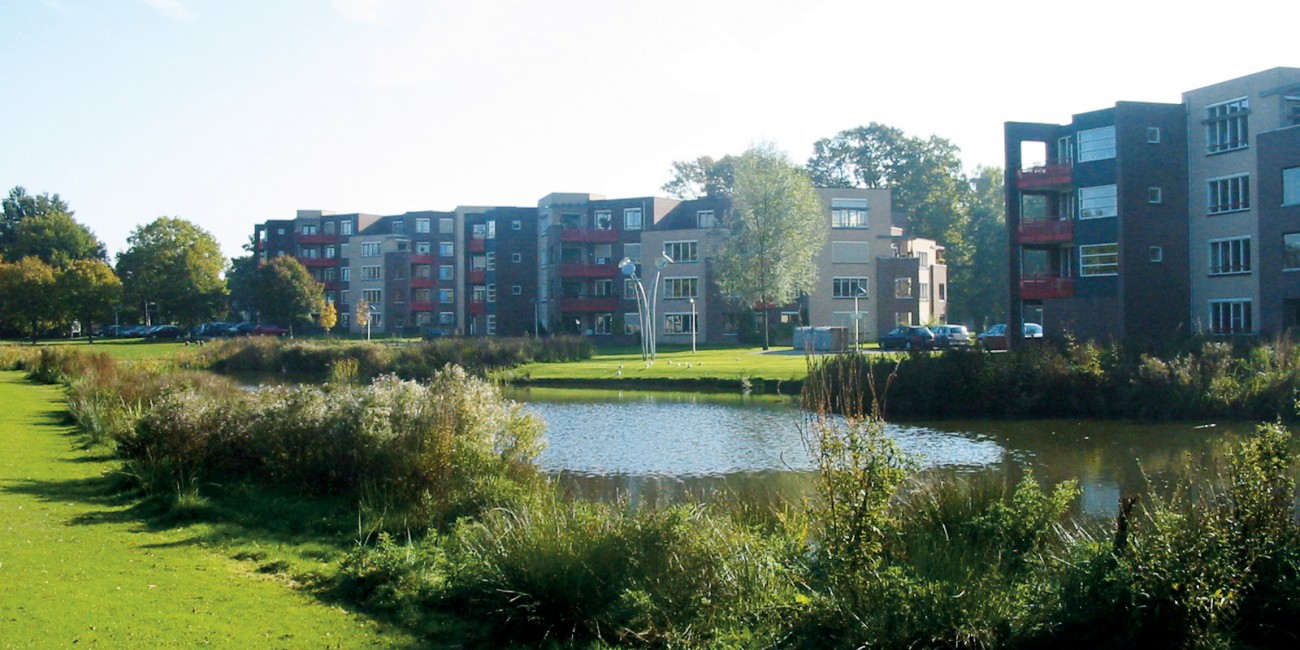 In the early 1990s, the Enschede municipal authorities introduced a new water system in the form of bioswales in the Ruwenbos district, and later also in the Oikos district. The goals were to reduce peak drainage and overflows, to manage groundwater flooding and shortages and to improve the quality of surface water and groundwater.
The most striking element in this district is the bioswale system, where rainwater infiltrates into the ground through ditches. Gutters lead the water from roofs and residential streets into bioswales. The bioswales have the overflows drains at approximately 0.25 m above the bottom.

In Ruwenbos the bioswales are designed to be dry 85% of the year, to prevent muddy situations and to avoid attracting mosquitoes. Here the bioswales were positioned in existing ditches wherever possible, allowing the original vegetation and drainage structure to remain in place.
One of the bioswales in Enschede was monitored for six years. The data collected reveals that the dimensions of the bioswales are solid: even in the period from 1999 to 2002, which was wetter than average, almost all the water (99%) could infiltrate the ground. It also became apparent that the micro-pollutants in the upper layer of the bioswale remain there. In Enschede, the investment costs for creating the bioswale system were lower than the costs of an improved separate system. Maintenance costs, conversely, are slightly higher. However, some of the costs of maintaining the bioswale system can be charged to the costs of public green areas.