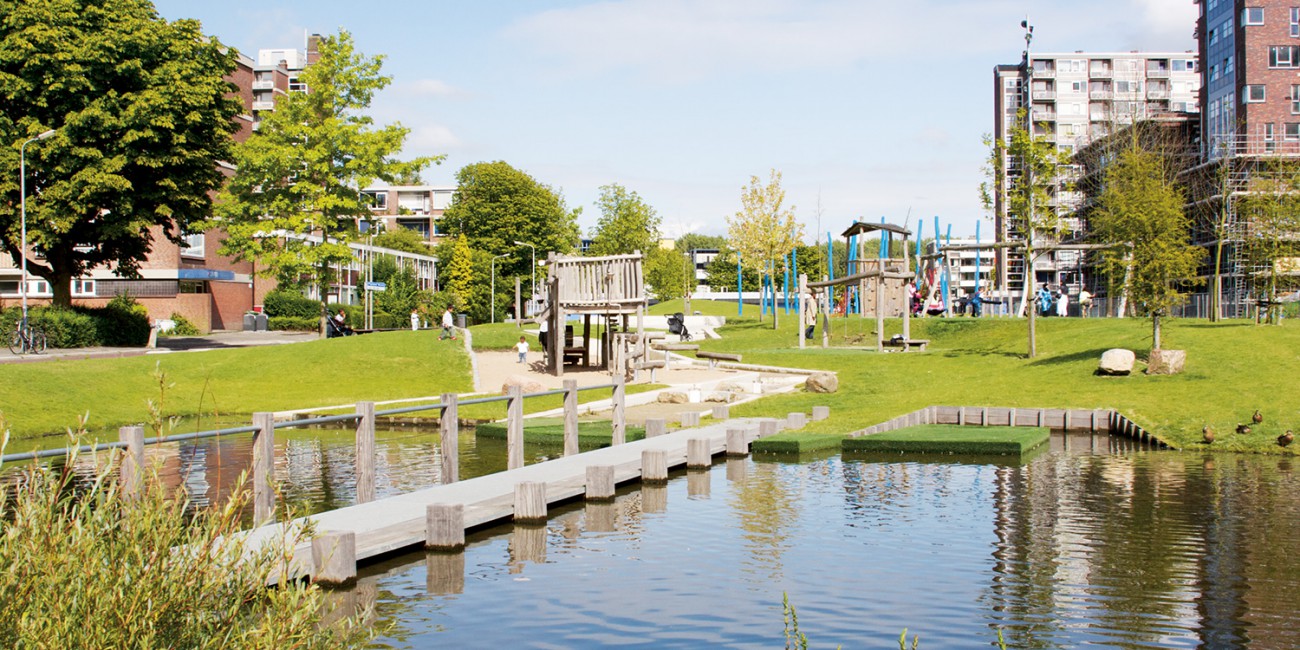 Poptahof is a typical 1960s district with transitory residents and is home to around 2,800 people representing more than thirty different nationalities. The Delft municipal authorities and the city’s housing association decided to restructure it with the aim of making Poptahof a pleasant location for living, working and passing time. Water in the outdoors is an important factor for realising those objectives.

Poptahof covers an area of 18.6 hectares. It was the intention to realise a healthy and resilient water system. Part of the water system was designed to be visible. A water playground was built, the design for which was based on the winning idea from a children’s competition. All impervious surfaces were disconnected from the water system.

Poptahof is connected to the larger water system of the upper and lower Abtswoudse polder. Studies are being conducted to determine whether a helophyte filter can be used to treat the volume of water needed to flow in from the reservoir. Natural treatment systems are being added at various locations in the Abtswoudse polder. These types of wetlands also serve a function in terms of nature development, education and recreation. Water-saving fittings have of course been installed in the renovated flats and new apartments.

Ultimately, 8% surface water (originally a mere 3%) was realised in Poptahof, and water levels can safely rise by 40 cm, in accordance with the standards imposed by the Delfland Water Board.

The addition of the water playground and the water surfaces turn what was once a monotonous and little-used meadow into a true playing and living area. The water elements give Poptahof a multifunctional, urban, usable and pleasant green space. 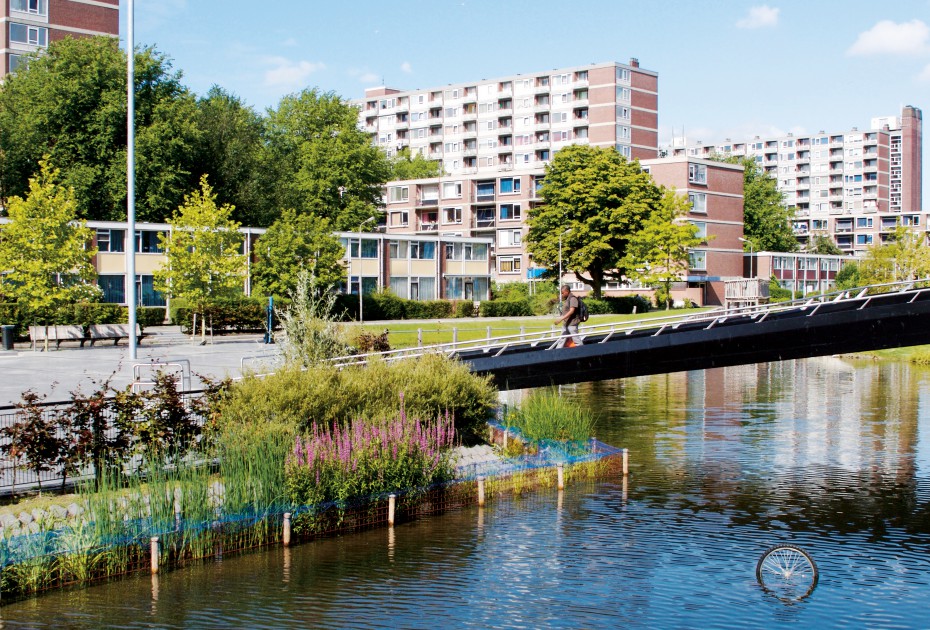 The participation of children increased the involvement of parents and citizens in their living environment. In addition, the participation means that the children became partly responsible for the newly realised water features, which serves to prevent vandalism. A group of 35 children of around ten years old conducted a series of interviews at home, after which an afternoon session was organised in the mosque to discuss the theme of water. The municipal executive councilor, the Water Board and the director of the housing association adopted the best idea: the water playground.

The schedule of principles was defined in consultation with the coordinators, based in part on the results of the workshops and the participation of the children. [Van Eijk, 2003] [Palmboom & van den Bout, 2004] 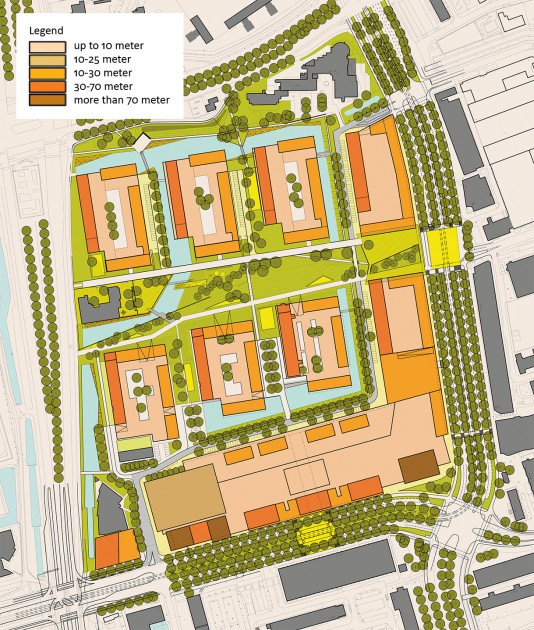