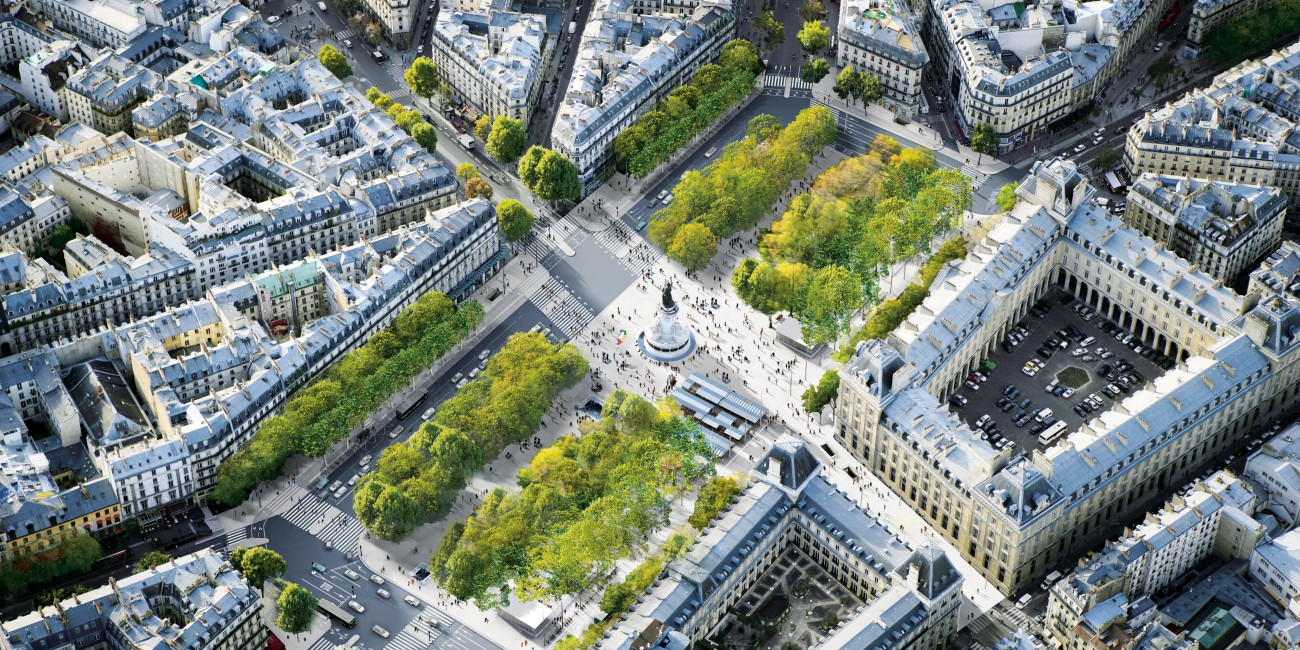 In Paris, the physics of urban planning are a major factor in the design for the redevelopment of the Place de la Republique. To avoid heat islands, the design that won the competition, submitted by TVK (Trévelo & Viger-Kohler Architectes Urbanistes), involves a partnership with the building physics consultants of Transsolar from Stuttgart.

The design maximises the proportion of trees and plants. Windflow has been incorporated to offer maximum ventilation and cooling in summer. An area of 12,000 m2 of the 20,000 m2 square is designed as an urban garden with dense vegetation. The area available to pedestrians has been increased by 50%. The design also ensures that sunlight reaches the pedestrian routes. 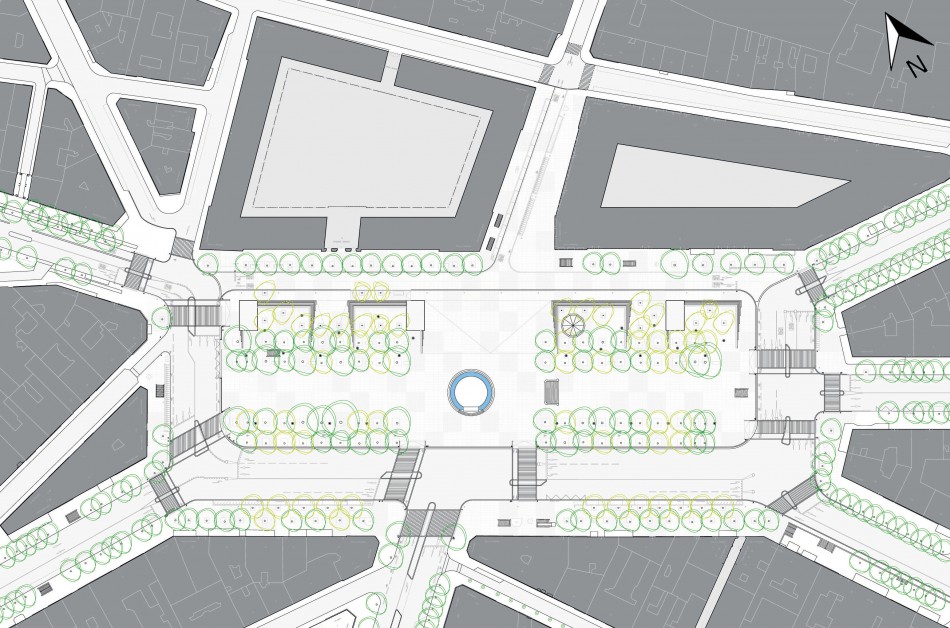 The design is based on the principle that the square should have its own highly useful and aesthetically pleasing identity. It was intended to become a more attractive area than the current stony square surrounded by traffic and featuring one or two trees. 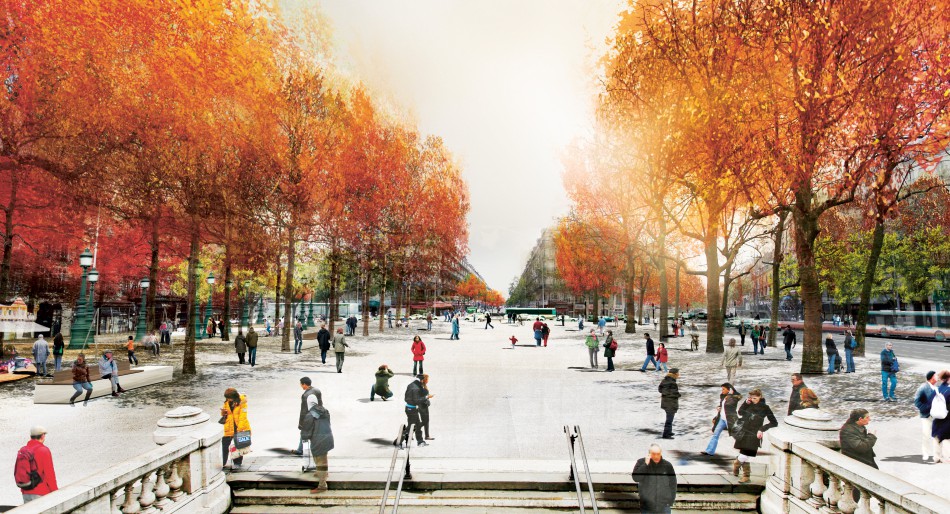 The approach adopted was also interesting: the first workshops with people living nearby commenced in October 2010, at which the designers’ ideas were discussed with various interest groups. Before the workshops, the architects joined small groups of locals for walks through the area and across the square to look at problem areas and  the like. 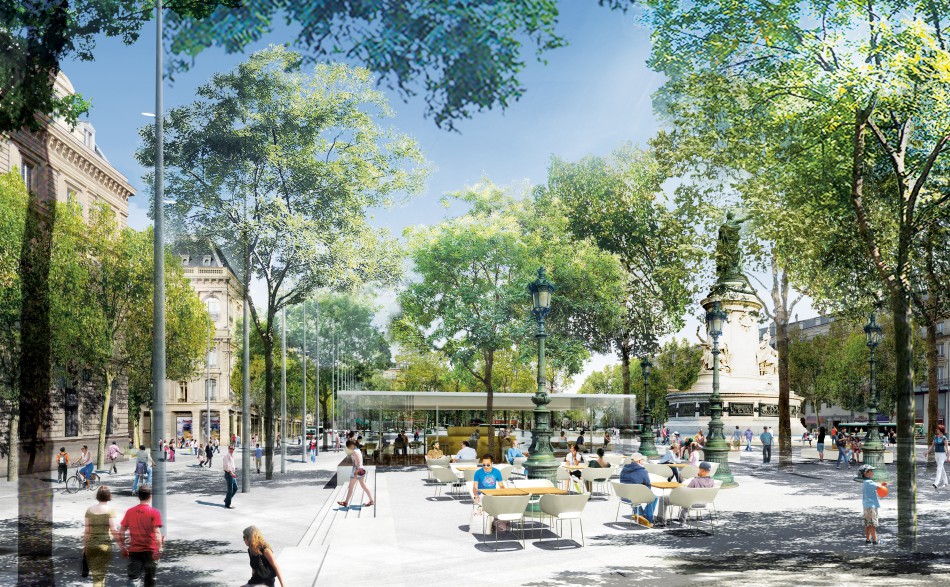 Enhancing the appeal of the square and its surroundings was one of the main principles in the new design. They were to become attractive in terms of connecting the metropolitan scale with the finely-meshed human scale of the square, but also in terms of focus on creating a pleasant urban climate. The city of Paris intends this square to show that its plans for the future involve working on designing urban space that more closely reflects the needs and expectations of the city’s populace.

It is interesting to see that Paris is now opting for a comprehensive approach to the city’s climate mission.