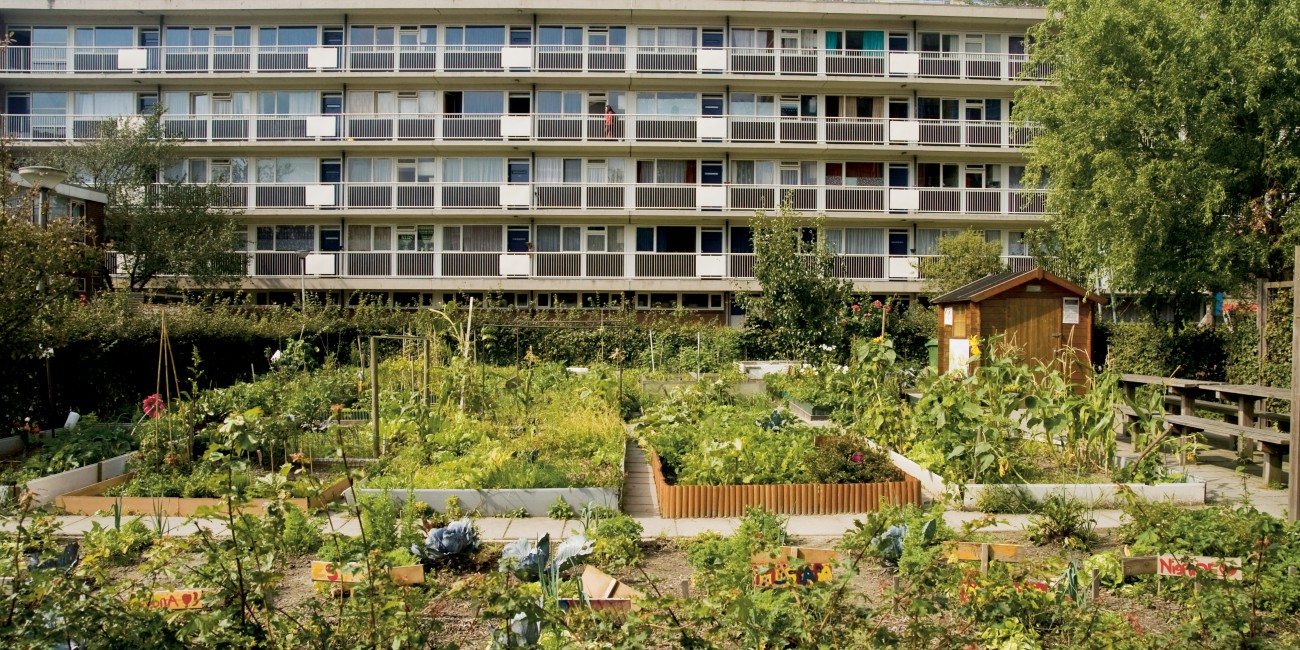 An example of a multi-cultural vegetable garden is Moe’sTuin in Delft (which is a clever play on words: Moe’s tuin is slang for mum’s garden and moestuin means vegetable garden).

‘In 2005 a real vegetable garden was set up for the residents in Poptahof Noord [a neighbourhood in Delft]. Every year young and old from many different cultures grow their fruits, vegetables and herbs. Moe’sTuin in Poptahof was conceived and is run by a group of residents with the support of the Woonbron social housing corporation and the Poptahof Project.

There is always a celebration to start the gardening season, and the end of the season is also celebrated together.

Tilly Kaisiëpo, Annie de Vreede, Yusuf Polat and Rifat Bach are the driving forces behind Moe’sTuin. “In 2005 we were in the newspaper with our special initiative. It was going to be a two-year project. And look at us now!” exclaims Tilly. 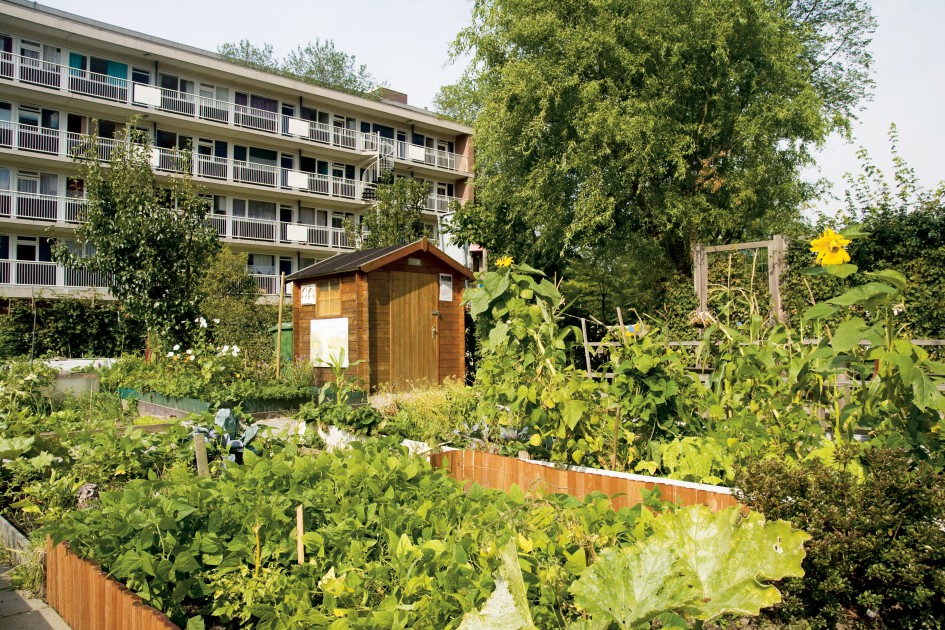 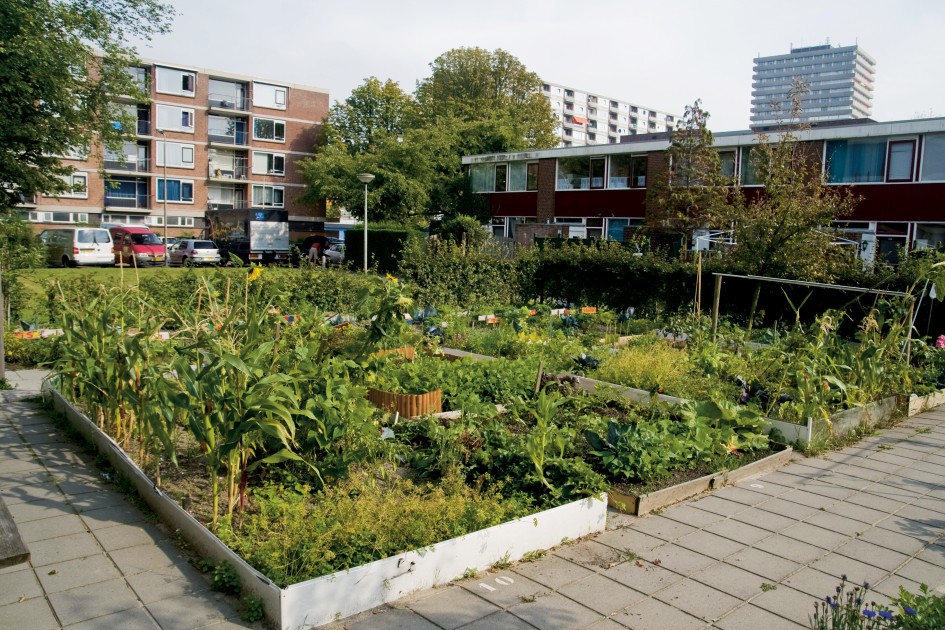