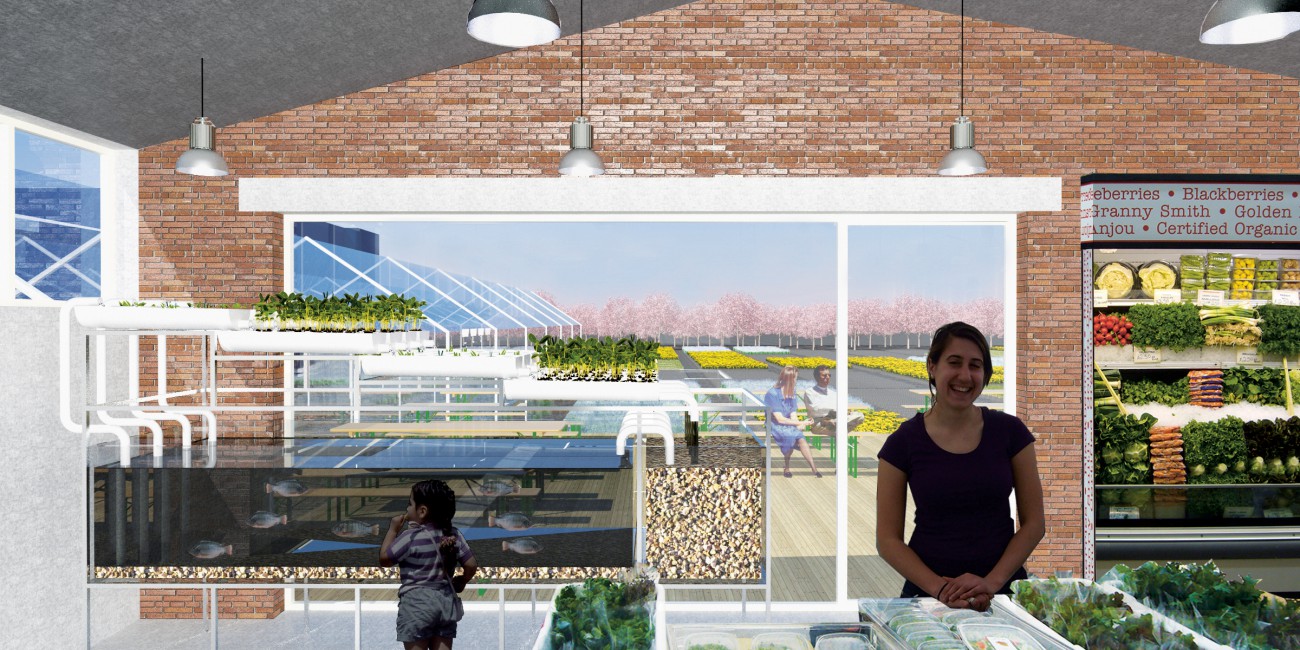 Initiative from your own town

In April 2012 the first urban farm will begin in Rotterdam. On the now empty vacant lot known as the Marconi Strip a temporary urban farm will be situated. Fruits and vegetables will be grown, chickens bred and fish cultivated. The objective is to have approximately a hectare of outdoor land for vegetables, 400 m2 inside for mixed lettuce and herbs, 3,000 m2 for soft fruits such as berries and an annual production of 6 tonnes of fish.

The products will be sold directly to consumers.

In addition to direct sales, the plan is to organise festivities, taste-tests and dinners. Activities for schools, businesses and meeting facilities are being planned. Together with the Lentis education group, young people will also be trained for the agricultural sector, food service and retail.

It was not easy to implement this initiative, since no regulations exist in the city for such businesses. The municipality of Rotterdam supports the project.

A group of Rotterdam residents has been promoting urban agriculture under the name Eetbaar Rotterdam (Edible Rotterdam) since 2007. The initiative for an urban farm on the Marconi Strip comes from this group and was further developed and realized by ‘Stiching UIT JE EIGEN STAD’.