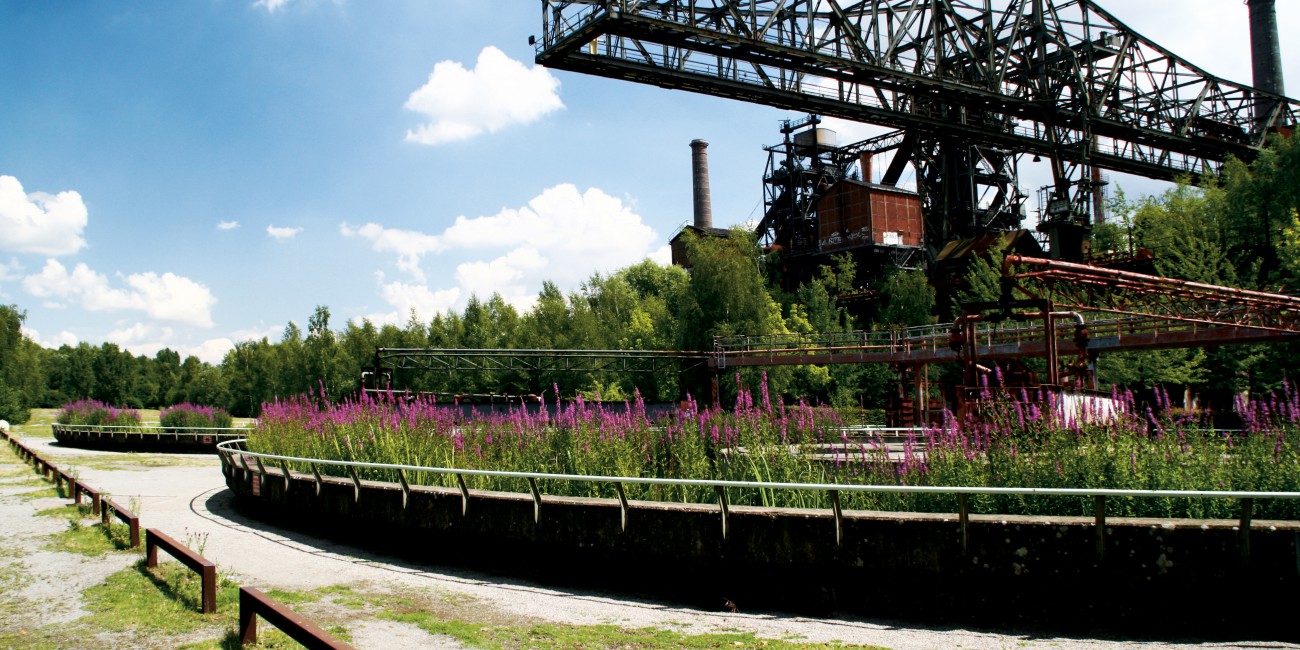 The water cisterns are now used as wetlands © LATZ+PARTNER

The landscape park Duisburg-Nord in Germany’s Ruhr area was created in the 1990s as one of about 100 projects that were implemented in the course of ten years in the framework of the ‘Internationale Bauausstellung (IBA) Emscherpark’. The IBA-Emscherpark was created in order to give a new ecological, economic, social and cultural impulse to the old industrial Ruhr area by means of these restructuring projects. The blue thread through this restructuring project was the Emscher river, which had been used as an open sewer until the 1990s. Due to mining activities and subsidence, underground sewage could not be created. 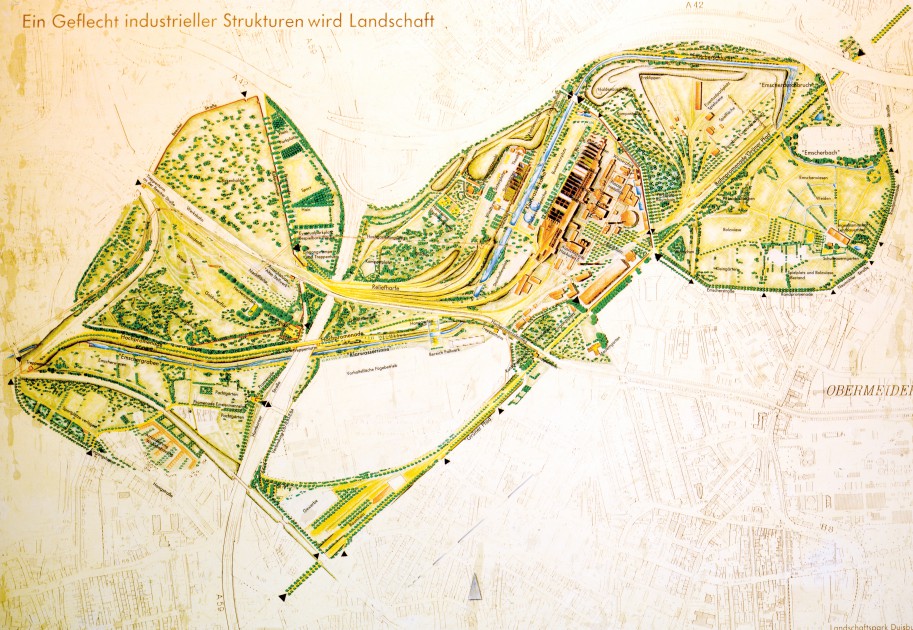 The plan for the transformation of the industrial area © LATZ+PARTNER

The Emscher now drains rainwater and purified wastewater. As a consequence, it was possible to transform the canalised river bed into a valley with possibilities for nature development and recreation. Locally, the systems were adjusted to the regional objectives: improvement of the water quality and the experience value of the Emscher and the reduction of waste discharges into the Rhine river. Peaks in rain water discharge are capped as much as possible. This is possible through the application of various measures such as infiltration, temporary storage and delayed outflow. The scale and the approach of the project make it an important example, nationally and internationally. 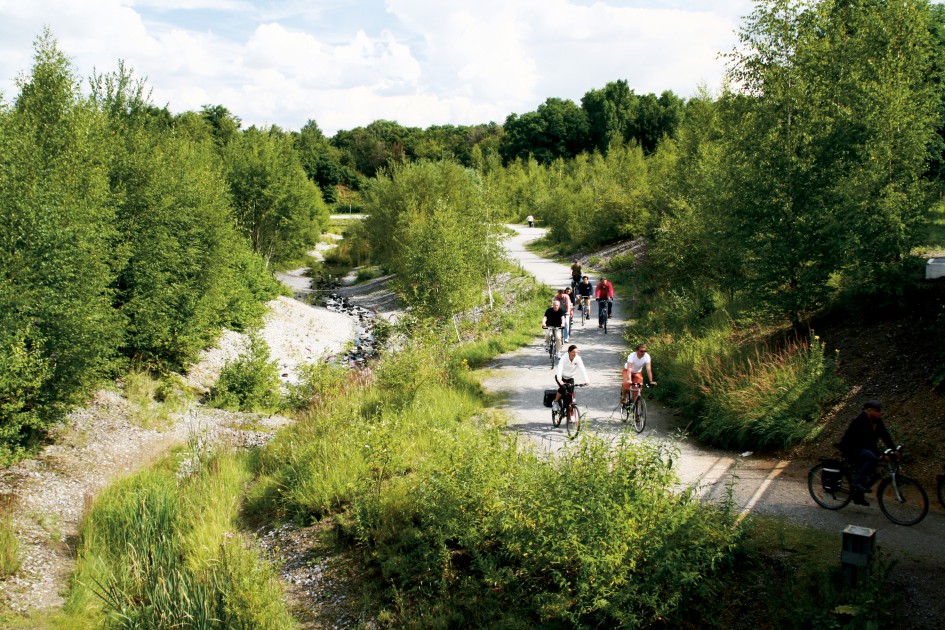 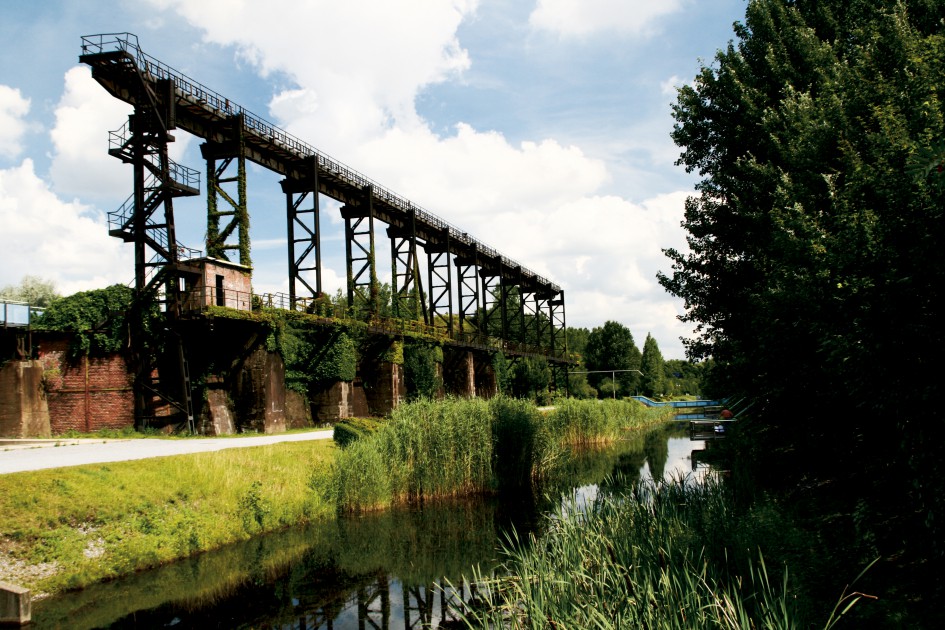 The landscape park Duisburg-Nord has an area of 230 hectares and is located on the premises where once the Thyssen iron smelters were located. This property and several adjacent locations have been transformed into a large, cohesive landscape zone in which a large part of the original industrial buildings, part of which are industrial monuments, homes and company buildings have been included.

The Emscher and various open waterways for different kinds of process water run through the grounds. In order to reactivate the existing water courses and provide the Emscher with clean water, much attention has been given to the water system. Existing infrastructures, such as the gas holder (which is filled with water and is used by a diving club) and the purification installation for process water, have been kept and are being used again. 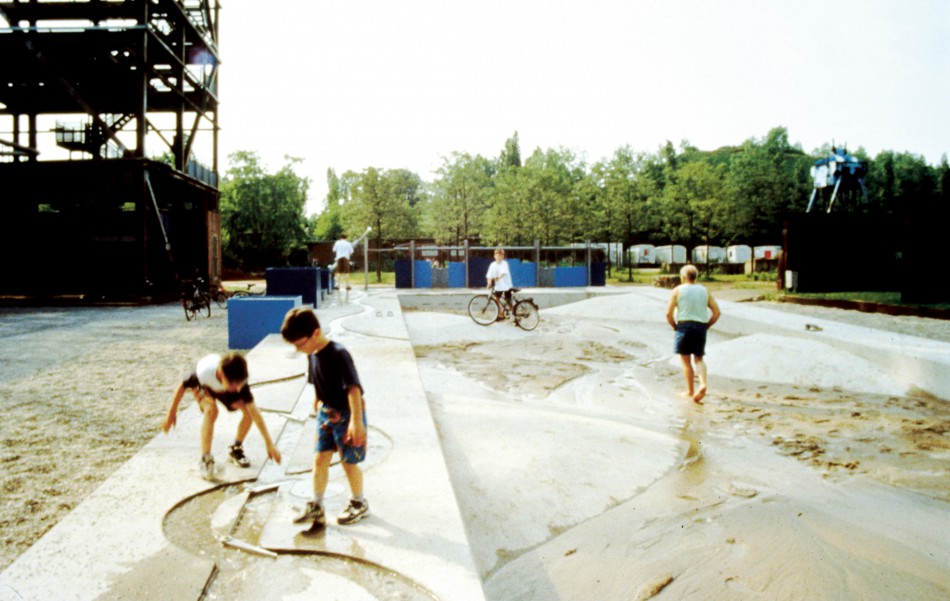 Nature development was a key part of the ecological objectives. The overgrown property turned out to contain a wide diversity of flora and fauna, including threatened species from the red list. Part of the overgrown areas were included in the plan.

In order to enhance the diversity of biotopes, several waterways have been implemented as wet biotopes. The banks are provided with slight slopes which are planted. An important theme in the development of the plan was to make the water system visible, in order to stimulate a relationship between visitors and the water.

A choice was made for a system in which the run-off from roofs, drainage water and run-off from impervious surfaces is stored in reservoirs, from which the park’s water system is fed. The reservoirs serve as seasonal buffers in order to supplement the water shortage that develops in summer as a result of evaporation. The water from the reservoirs is first filtered with a planted solids filter before it is pumped into the water system. 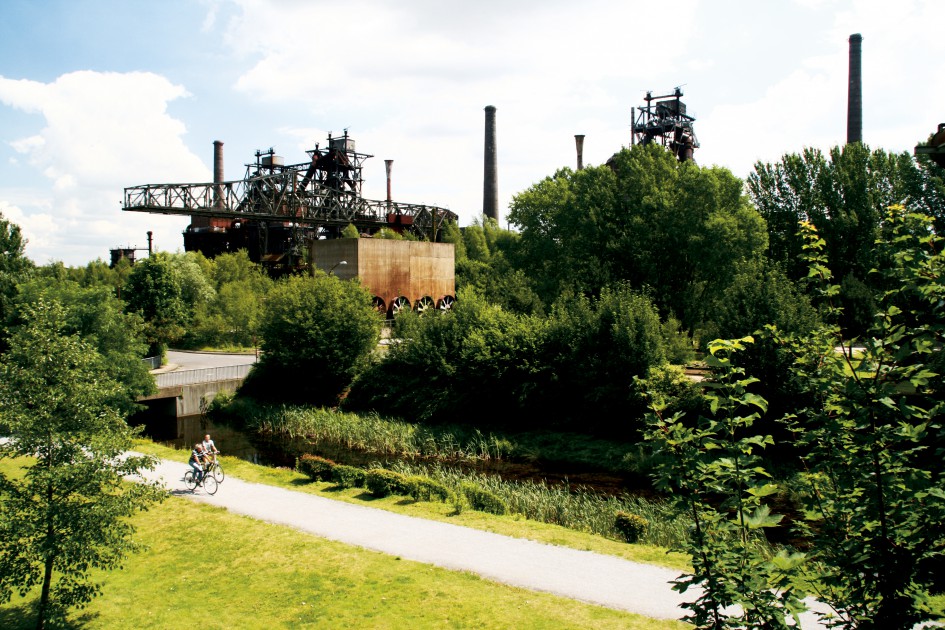 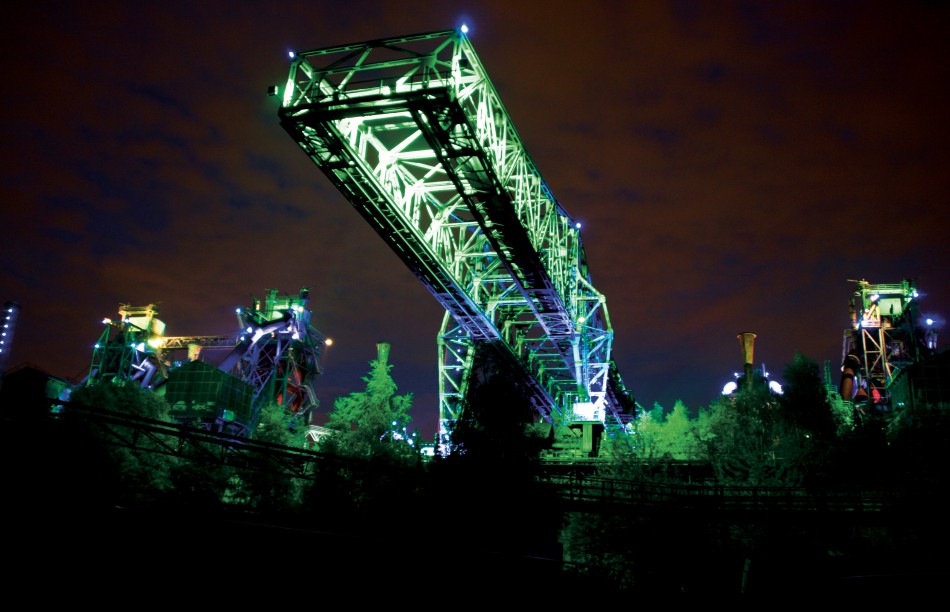 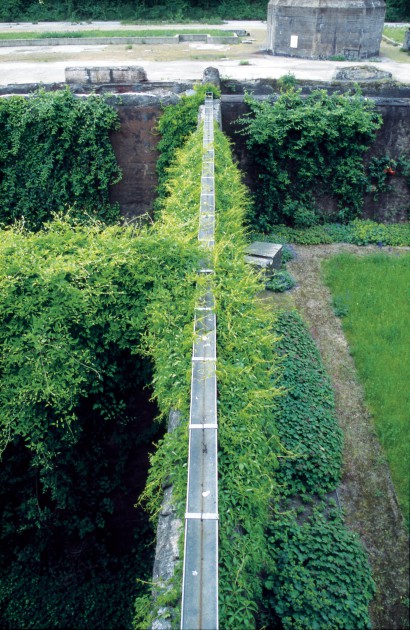