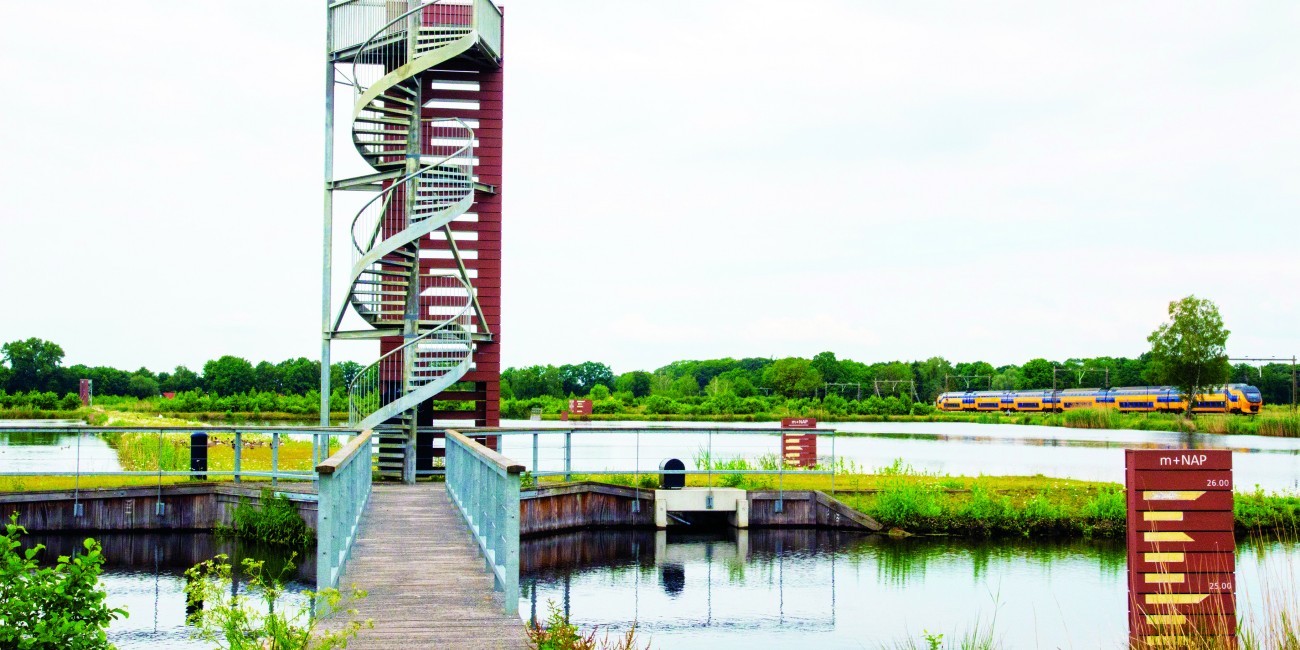 The Kristalbad  is situated between Enschede and Hengelo, where the edges of the two cities almost meet, and is surrounded by various traffic arteries.

It has been possible to combine different functions with the construction of the Kristalbad: water storage for heavy rainfall, biological treatment of the effluent from Enschede’s sewer water treatment, enhancement of the environment, recreation and the improvement of environmental quality. The Kristalbad is 40 ha in size.

The Kristalbad is the result of collaboration between the Vechtstromen water board, the cities of Enschede and Hengelo, the province of Overijssel, the Landschap Overijssel foundation, and the Ministry of Infrastructure and the Environment. 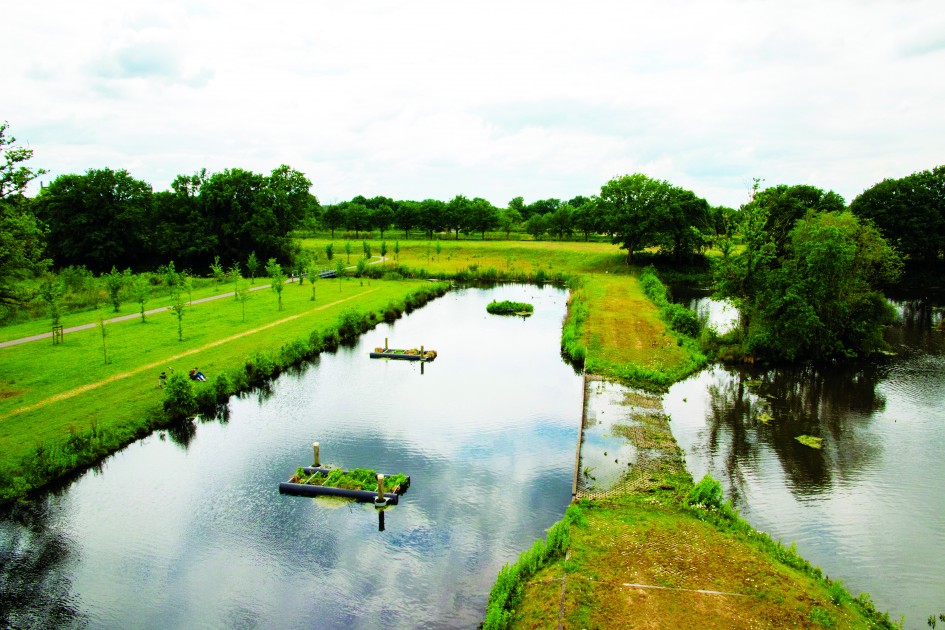 Enschede lies 13 m higher than Hengelo. There is little room in Hengelo for water storage and during heavy rainfall prior to 2013 tunnels flooded and sewers overflowed. To free Hengelo of flooding, 187,000 m3 of rainwater can be stored in the Kristalbad during and after heavy rainfall.

BIOLOGICAL TREATMENT OF THE EFFLUENT FROM ENSCHEDE’S SEWER WATER TREATMENT

The effluent from sewer water treatments is in general of lesser quality and not suitable for water life. The Elsbeek stream flows through the Kristalbad and is largely fed by the effluent from the sewer water treatment. The treated but lifeless wastewater contains little oxygen and bacteria. In the Kristalbad the effluent flows through a so-called water machine that further cleans the water ecologically and makes it biologically active, after which it is discharged into the Elsbeek. The water machine consists of three zones, one after the other, each one deeper. The first zone is a marsh, the second zone consists of reed beds and the third zone consists of wetlands. The marsh zone consists of three compartments which are in turn filled, emptying and drying out. Under the influence of light, air and plant growth the water does its work: breaking down and converting nutrients.

A few times a year the whole Kristalbad is used as a rainwater buffer. 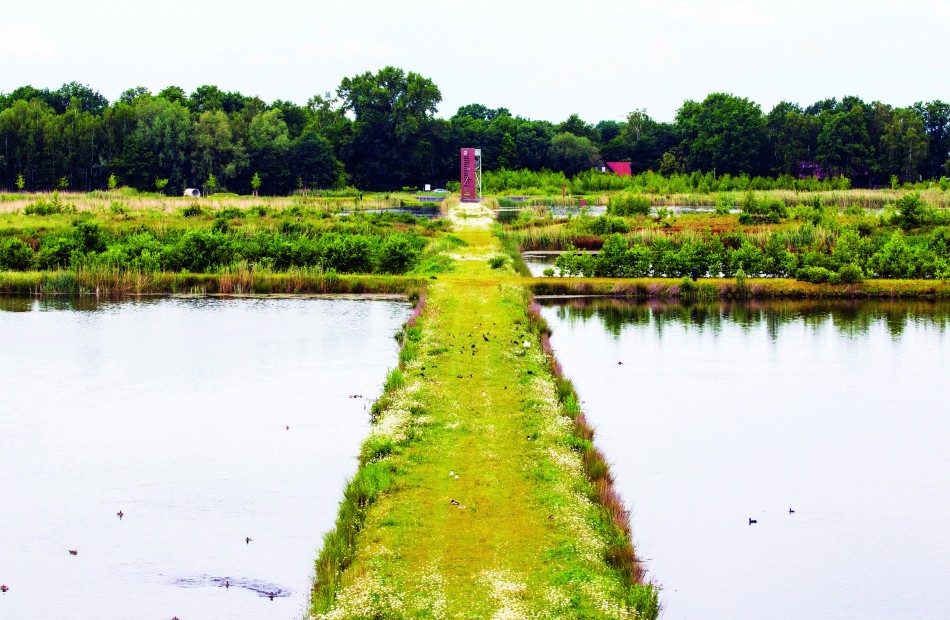 The Kristalbad offers various habitats for all sorts of plant and animal species. The biotopes vary from dry to wet and from forest-like via bushes, reeds and brushwood to open water. The Kristalbad is also part of the ecological connecting zones in Overijssel. Several mechanisms have been installed for animals so that they can pass through the barriers in the present infrastructure.

Cycling and walking paths have been made throughout the Kristalbad as well as two observation towers and a playground. It is interesting to note that a line of sight has been kept open between the two observation towers, which marks the former course of the Elsbeek. There is also a wooden walkway over the water. It is easy to see the areas with different water levels from these walkways. Recreation is permitted only on the paths to protect the environment. A long-distance cycling route also passes through the area.