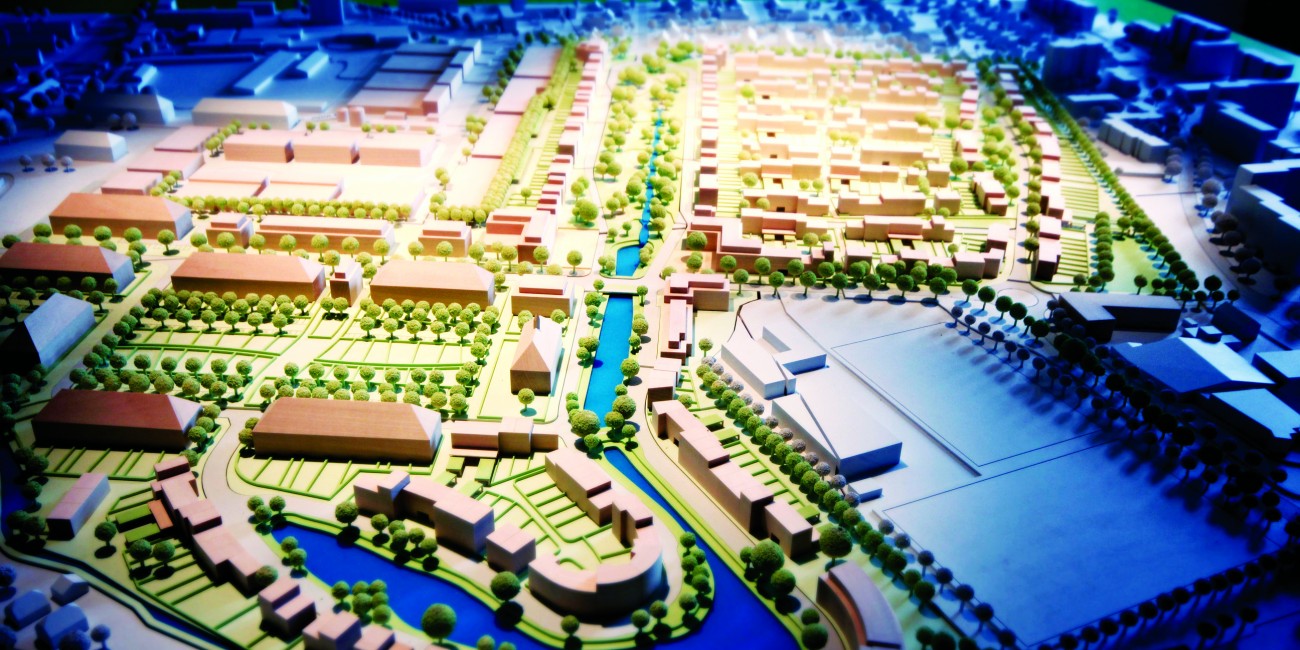 The Jenfelder Au project is, through its use of public green for rainwater retention and through its advanced wastewater concept, a good example of what green-blue structures can do for a climate-active city.

A former army barracks complex totalling 35 ha in Hamburg Wandsbek is being restructured and converted into a modern climate-neutral district with around 770 homes. In addition to new homes, homes are being built in a few of the old barrack blocks. The new homes are being built in accordance with the low-energy standards or in compliance with the passive home standard (max. 50-15 kWh/m3 use). The idea from Sneek is being applied here on a larger scale and in combination with green-blue structures. The blackwater, greywater and rainwater are processed separately. This way every fraction can be processed optimally and used for the district, which saves energy. To achieve a higher concentration of biomass (blackwater), vacuum flush toilets are used in the district. These toilets use just one sixth (1-2 litres) of the amount of water used in traditional toilets (6-9 litres). Biogas is produced from concentrated blackwater in an anaerobic treatment facility located in the district. Electric and heat energy are produced with this biogas for the district in a cogeneration plant. This provides 40 to 50 percent of the electricity and heat energy supply for the district.

Scheme of the water and energy system © atelier GROENBLAUW

The greywater from showers and the washing machine is less polluted but has much more volume. Treating it separately is easier and uses less energy. After treatment the greywater is added to the district water system. It can be used in regions with water shortages for toilet flushing or horticultural businesses.

Much attention has been given to safety aspects of the vacuum sewer system, which uses negative  pressure. To increase reliability, two pressurized tanks with three pumps each have been installed and valves to compartmentalise the system have been placed in various locations to minimize the areas affected during service interruption.