Skip to content
Example projects › Island of Dordrecht, the Netherlands 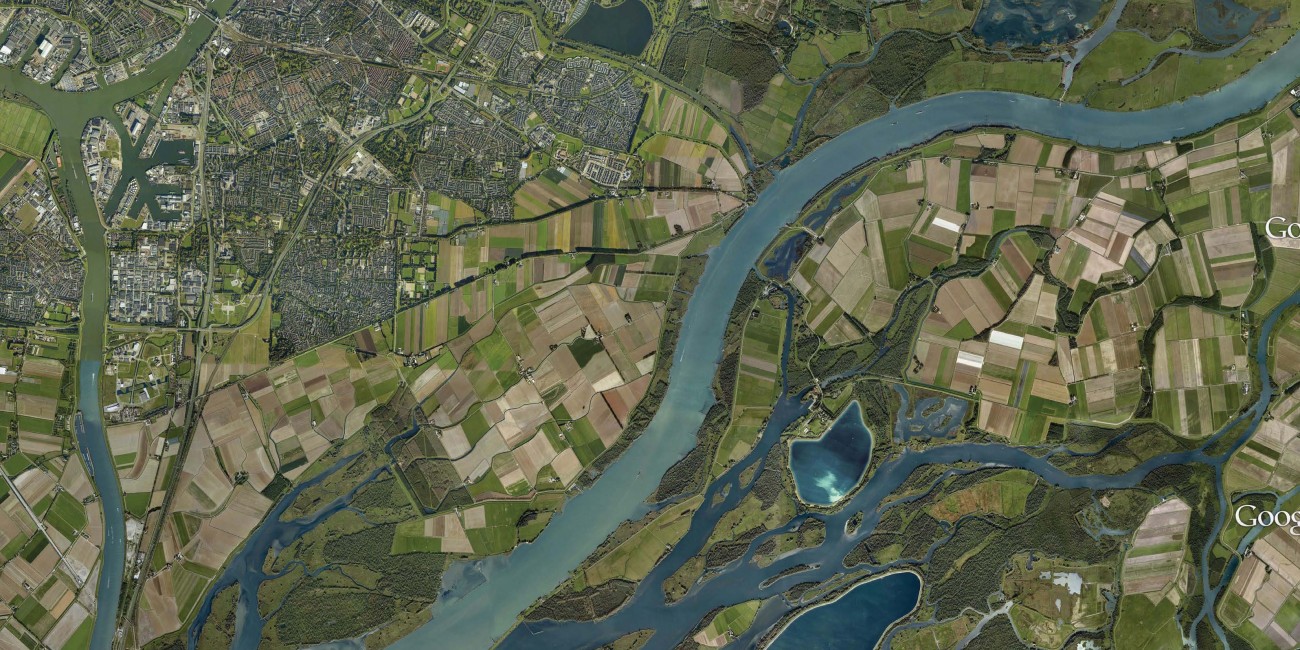 Island of Dordrecht, the Netherlands

In times of sea-borne storms, Dordrecht is threatened by high riverwater levels. Because it lies on an island, the possibility of evacuating the city in the case of a breach in the dike is extremely limited. Dordrecht is therefore working on optimising its multi-layered water safety strategy, in the form of the Self-Sufficient Island of Dordrecht. In addition to measures in layer 1 of the strategy, this particular geographic situation clearly requires measures from layers 2 and 3; these therefore also receive much attention. Dordrecht is a forerunner in this.

The Island of Dordrecht, with an area of approximately 9,000 hectares, lies in a transition region between sea and river. There is one dike-protected area on the island; it encompasses approximately 7,000 hectares and is managed by the district water board Hollandse Delta. The municipality of Dordrecht covers the entire Island of Dordrecht. The island is encircled by the waters of the Lower Merwede (Beneden Merwede) and the Old Muse (Oude Maas) to the north, the New Merwede (Nieuwe Merwede) to the south and the Dordtsche Kil to the west. The island is divided in two by the Wantij, which runs between the Lower Merwede/Old Muse and the New Merwede. Dordrecht lies in the northwestern part of the island. The southern region is part of the fresh water tidal area the Biesbosch. The daily tidal variation in water level is circa 80 cm in the historic inner city, which lies outside of the dike-protected area, and circa 30 cm in the Biesbosch. The island is connected to the surrounding areas by only a few bridges, tunnels and waterways. Dordrecht has approximately 119,000 residents, and the econmic value of the buildings in the area is approximately 15 billion euros (DPRD, 2012).

The part of Dordrecht within the dike-protected area lies at an average height of 0 metres Amsterdam Ordnance Datum (NAP). The areas outside the dike varies from approximately +1.7 m to +2.5 m NAP in the hisotric harbour area, to approximately +3 m to +4 m NAP in the dike’s external flank areas, and from approximately 0 m tot +2 m NAP in the Biesbosch. The centre of Dordrecht is of great cultural and touristic value, which adds an extra dimension to the challenge. Local water safety solutions must be found that have as little as possible negative effect on the appearance of this historic area.

Dordrecht has opted to aim for being a “Self-Sufficient Island” by the year 2035, because the possibilities for physical evacuation from the island are so limited (only 3 bridges) and because the surrounding dike-protected areas would likely also be threatened in times when a preventive evacuation would be necessary. If a breach in the dike were to occur, the majority of Dordrecht would be severely flooded. The potential scenario of extremely high water, with a sea-borne storm and high riverwater levels, inspired a pilot study which used a test plot of land to explore the possibilities of a self-sufficient island. In this study, “self-sufficiency” means that the residents have a concrete action plan to be able to survive for a certain amount of time (about a month) on the island in the case of a flood.

In the pilot study, attention was given to the three layers of the multi-layered water safety strategy. Layer 1 is the prevention of floods; layer 2 is sustainable spatial planning; and layer 3 is disaster control.

In the illustration (1), the multi-layered water safety strategy is depicted in terms of an area-specific risk approach for the Island of Dordrecht. Layer 1 shows a differentiated primary defense system, with the  construction of a delta dike and a custom-made solution for the Voorstraat. Layer 2 shows the use of available compartimentalisation dikes, adaptive construction outside compartment 1 and the protection of vital infrastructure. Layer 3 shows possible evacuation routes, a life-line, shelters and how to guarantee the continued functioning of vital infrastructure.

Results of the pilot study

In de pilot study, multi-layered water safety proved to be an instrument for reducing the risks to water safety and making them more manageable in a situation such as that of the Island of Dordrecht. The limited evacuation possibilities and the unique location – threatened by both sea and river – make a multi-layered water safety strategy not only imperative but also attainable and, due to the positive feedback loops, possible. But even in this exceptional situation, second- and third-layer measures do not replace the need for first-layer safety measures.

Layer 1 (prevention) ensures the safety of the compartment 1 (in the figure “A different way of dealing with water” / “Anders omgaan met water”), in which 75% of all residents of the municipality of Dordrecht live. For this to happen, the northern part of the ring dike that protects the area must be raised to the level of a delta dike. This would reduce the chance of a breach to 1:100,000, meaning that this compartment could always serve as a safe haven on the island.

Realising Dordrecht’s delta dike can initially be limited to a local reinforcement of the dike segments Wantij and Kop van ’t Land (see figure), because these have the largest specific effect on water safety. In the long term (after 2030/2040) it will be necessary to rebuild or replace the Voorstraat, which serves as a water defense facility in the city centre.

Subsequently, in layer 2 (spatial planning and design), the preservation and standardisation of exisiting compartmentalisation defense works is necessary, so that they can function as water retention elements in the event of a breach in a primary water defense structure. This involves the utilisation of the existing ‘North/South and Dordrecht compartmentalisation’. Together with the primary defense works, these guarantee the availability of a sufficient number of safe/dry spaces in case of a flood and ensure that compartment 1 can function as a safe haven. Outside of this compartment, adaptive construction is encouraged (primarily outside of the dike-protected area), and in compartment 3 new construction is not stimulated.

The protection of the vital infrastructure hubs in the northeastern areas outside the dikes deserves extra attention.

If these preconditions are met, the preventive evacuation of compartment 2 can be improved by measures in layer 3 (disaster management), such that the percentage of a successful local evacuation would increase from 15% to 80% (with 15% leaving the island and the remaining 65% evacuating to compartment 1). It is important that in addition to this, “smart shelters” are provided for those who are unable to leave, for example through the use of existing buildings or the new construction of schools and hotels, and that the cluster of vital infrastructure continues to function in order to keep supplying safe compartment 1. This includes primary functions that are necessary for the continued functioning of the island.

With this package of measures, the long-term problems and risks are limited as much as possible and the effects of a potential flood  made  manageable, through limiting exposure by means of a delta dike and by having water-robust planning and design. In all layers of the water safety strategy there is emphasis on finding “smart co-operation” between public and private investments so that the necessary preconditions for self-sufficiency can be created at limited extra investment cost.