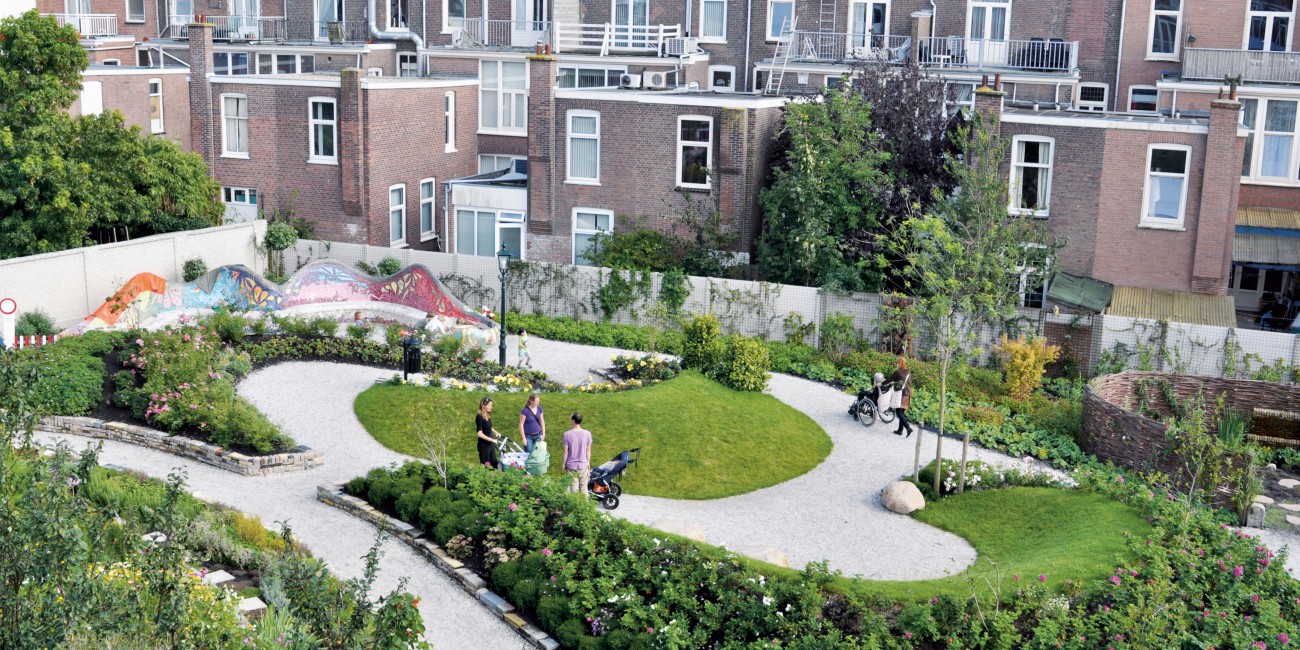 Emma’s Hof, The Hague, The Netherlands

As time went by, the ‘Patronaatsgebouw’ in The Hague gradually ceased to fulfil a function. Originally it housed a Catholic Sunday school, but over the years it had accommodated various different functions. The initiative to realise ‘a public space’ where the vacant building stood came from the residents themselves. They set up an initiative group and sought out support both among locals and with the municipal authorities and the owner of the premises. After more than two years, they succeeded in raising the 1.4 million euros needed to buy the vacant premises, have it demolished and have an urban garden designed. The garden was opened with celebrations in June 2011 and since then the residents have been able to enjoy their urban garden. Various activities are organised in the garden, such as workshops, exhibitions, drinks for locals, etc. Consequently, the urban garden also forms an important element for social connection in the neighbourhood. Children once more learn about plants and help with the harvest. The garden’s layout involves multiple elements, giving it a playful appearance with a kitchen garden, a pond, a brook, a wooden sun bench, a Zen water wall, a bench with mosaics, fruit trees, etcetera.

The garden is maintained by volunteers, who are also local residents. A Green Group has been formed for the management and upkeep of the garden. A Key Group makes sure that the urban garden is opened and shut on time. There is also a Cooking Group that organises neighbourhood dinner parties and an Odd Job Group that repairs the materials and equipment used for the garden. An events committee also organises a range of meetings for locals. It is truly an urban garden of and for the residents. [Emma’s Hof, 2011]