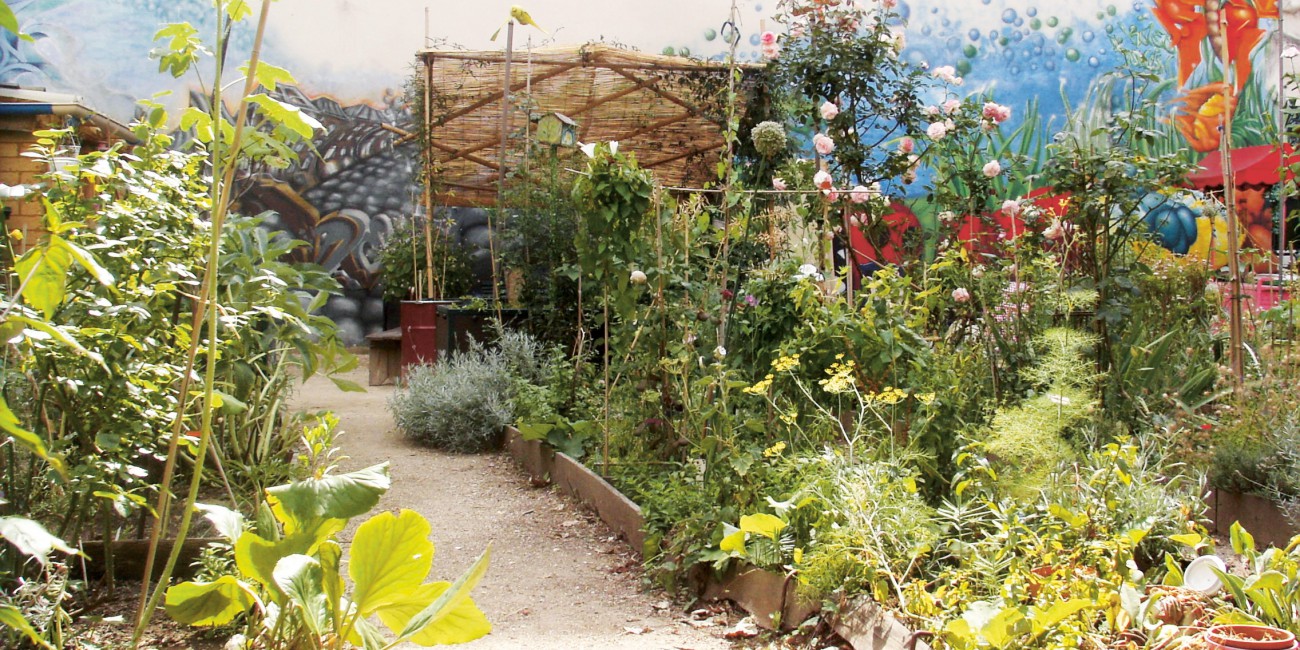 A jardin partagé is more precisely defined as a community garden, set up and animated by local neighbourhood associations on small public plots, granted by the local authorities. Although few informal and ephemeral small gardens were spontaneously landscaped by inhabitants on empty, disaffected or degraded plots in the heart of the city, jardins partagés really started to blossom  in Lille and then in Paris in the late nineties, varying in Paris from 70 m2 to around 1,000 m2.

However, this new urban space-sharing form draws its inspiration from the New-York and Montreal ‘community gardens’. While family gardens (allotment gardens) were cultivated individually and relegated in marginal zones at the edge of the city, jardin partagés are tended collectively by a group of people and take place inside the city.

Meeting an increasing demand from local citizens, the municipal program of Paris so-called Main Verte (equivalent to Green Thumb in New-York) has been set up at the turn of the twenty first century to formalize, support and encourage community gardening and education while fostering neighbourhood social connections.

The Municipality makes available and cleans up plots which are disused or temporarily vacant, guarantees water supply and garden enclosing for a variable duration from one to five years, a period that can be extended according to urban developments. Along with this commitment, amateur’s gardeners adhere in return to specific environmental guidelines such as composting, harvesting rainwater for irrigation, organic gardening and material recycling. The ‘Charte Main Verte’ (Green Hand Pact), signed by the neighbourhood associations, also puts in place constraints such as weekly openings, public events organization, management plan creation and communication. A jardin partagé, despite the  fence, remains a public space. When the gate is open, everyone can pop in.

The jardins partagés plots could be individual, collective or mixed where individual areas are next to collective ones. Some of them integrate social and professional inclusion programs, educational plots reserved for the schools or neighbourhood children and therapeutic gardening. In 2009, a 800 m2 jardin partagé with vocation of social integration even took its root on the roof of a new gymnasium (Vignolles Gymnasium). Jardins partagés also have been created in few public parks to stimulate citizens to care about them.

Their success goes today far beyond the initiated gardeners: 70 jardins partagés have been created within 10 years in Paris.

Paris’ inner walls, with its 21,196 ha/km2 density, illustrate the ‘Compact City’ model, within which the jardins partagés meet the strong expectations of many citizens who feel the need to take possession of an outdoor space, considered as a kind of outdoor home extension. Even citizens who are not involved in gardening find in them a very good way to get closer to nature. 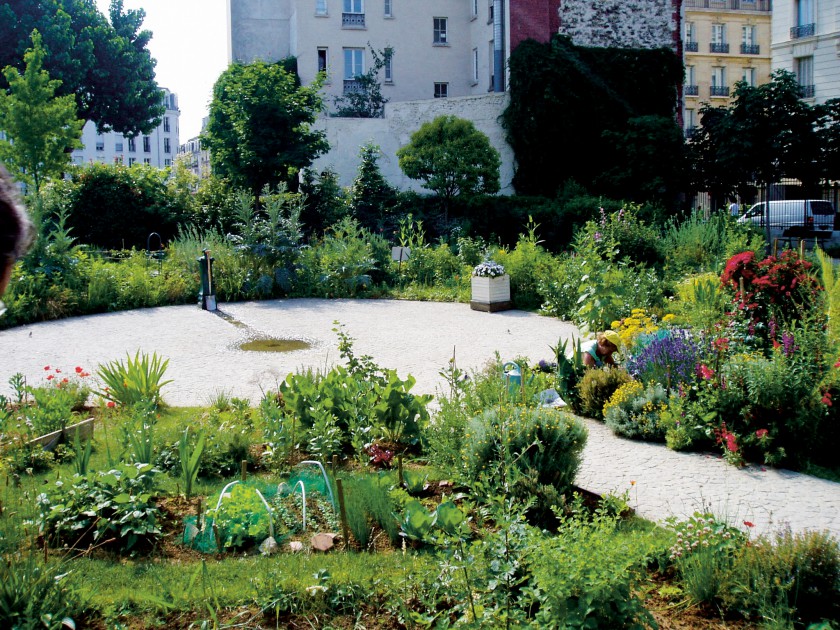 They bring more effective participation and new sense of citizenship in a partitioned society, more flexibility and surprises in a quite rigid city like Paris, some hope in a uncertain world.

In every historical period, cities renew their relationship with nature. The great enthusiasm of the Parisians reflects the need to provide gardens in urban space remodelling. In that sense, jardins partagés are a wonderful way of reinventing the city and showing that ephemeral actions are crucial for a more sustainable city organisation.