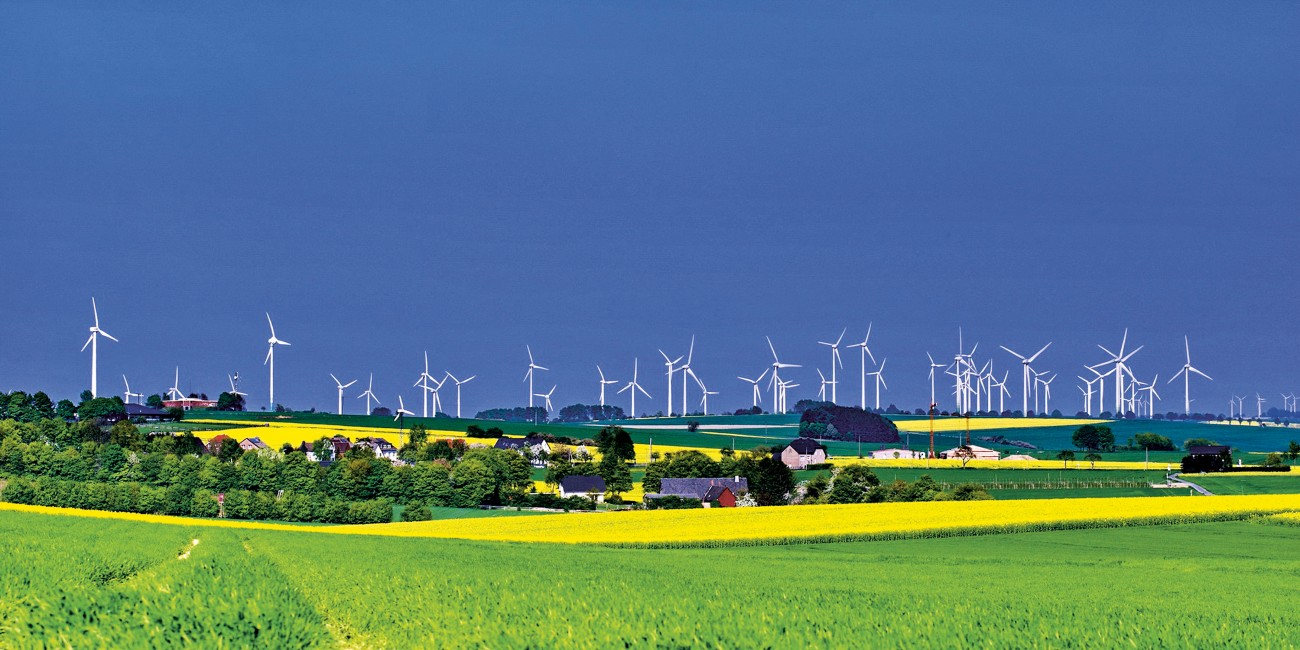 The wind is another fossil-free source of energy that can be used for decentralised systems; the costs are significantly lower than those of PV panels. The output generated by wind turbines ranges from 0.5kW to 6,000 kW. Naturally, the yield depends on the speed of the wind. The costs vary between €1,000 and €3,000 per kW [Staiss, 2007] [Erhorn-Kluttig et al., 2011]. Factors that need to be considered when installing wind turbines are the noise that they generate and the shadows they cast.

Wind energy is currently an interesting option for generating sustainable energy in the Netherlands. The amount of wind is sufficient, the yield is high and wind turbines offer a favourable cost/benefit ratio. A wind turbine with an output of 3 MW generates electricity at 10% of the costs of a PV system with the same output [www.windenergie.nl 2012]. If possible, large wind turbines should be built along the coast or in thinly populated areas. The visual and acoustic drawbacks of large wind turbines mean that they should not be used in urban conglomerates.

However, small wind turbines can be used in towns and cities on a limited scale. Important criteria for their use are the amount of wind available and the turbulence in the wind.

In the province of Zeeland, local authorities and market operators commissioned a study into the efficiency of small wind turbines. The conclusion from the pilot, for which 11 smaller wind turbines were constructed, is that under the prevailing circumstances (set up in an unobstructed area approximately 7 kilometres from the coast) the turbines with the best performance levels can provide electricity for the same price as solar cells [Mertens 2009]. The Dutch government has published a guideline for the construction of small wind turbines in urban environments [Cace 2010]. The general rule presented in those guidelines is that the wind at a height of 2 metres is generally sufficient to power small wind turbines. Near the coast the wind at 10 metres is often sufficient. In urban areas, the logical option is to set up the turbines on top of buildings. However, this means examining not only the technical possibilities for constructing the turbine, such as the amount of space required, the maximum loads required and the effects of the turbine (vibrations and noise), but also the social aspects and permits (comprehensive and specific environmental permit, aesthetics, etc.). [Cace, 2010]