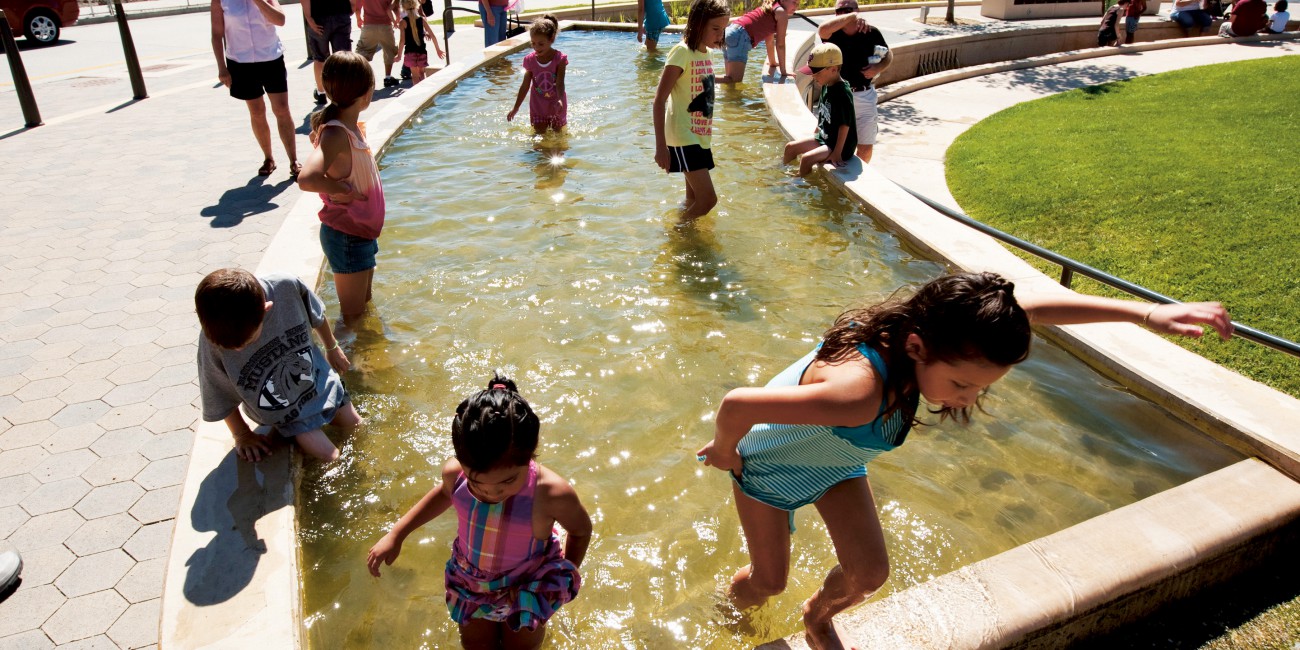 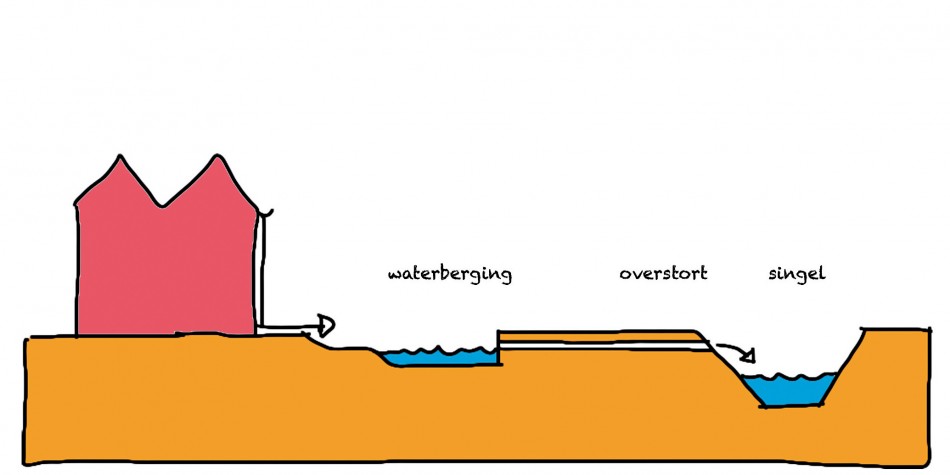 In densely built-up urban areas, it is often difficult to find room for rainwater retention. Yet it is in precisely those areas that retention is most needed. Various towns and cities have designed systems to achieve this in public spaces. These systems, known as water squares, are linked to other urban functions such as playing areas, green areas and residential functions.
The squares feature lower-lying areas that can be submerged in the case of heavy rainfall. The run-off from the surrounding district is connected to the square by open drains or rainwater drainage systems.
The careful, functional and aesthetic design of such water squares demands a great deal of attention.
After rainfall, the lowest parts of the water square fill up first, and the water in fact remains there longest. The parts that become submerged need to be easy to clean and must be cleaned after every rainfall. 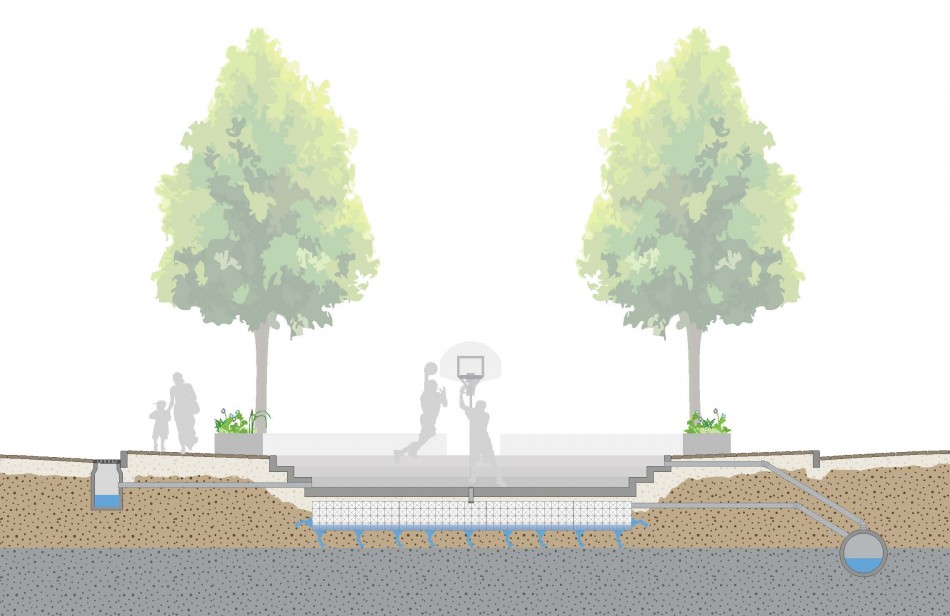 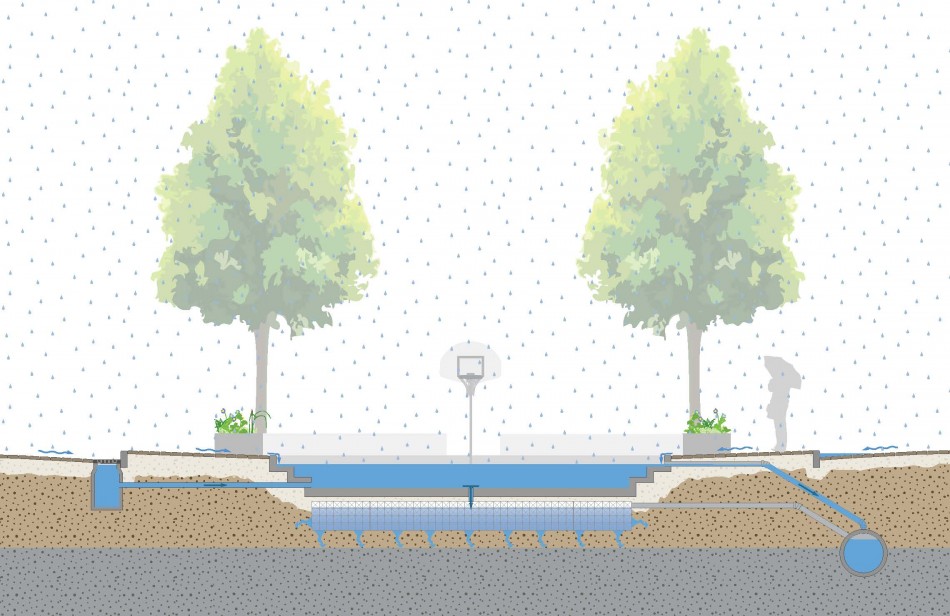 In the design process a system can be considered in which the square is filled ‘in phases’. For example, in the design for the Bloemhofplein square in Rotterdam, the playing areas fill up first and the buffered water can become part of the children’s games. [Nooijer, 2011]

The town or city’s groundwater level is an important aspect. The generally great buffering height, combined with the low position compared with the level of the surrounding surfaces, mostly means that the square’s lowest point is situated below the groundwater level. To prevent the square from filling with groundwater in these situations, the square’s buffering facility has to be waterproofed. Similarly, the construction has to be equipped to handle not only the load when completely full but also the upward forces working on the construction. This can add considerably to the costs.

Maintenance and management are important factors, since the water reaches the square from above the ground and as such is not purified. This means that pollutants such as mud, litter, leaves and branches remain on the square after the water has been pumped away. These pollutants need to be removed as soon as the square is dry, to ensure that the square becomes attractive and usable once more.