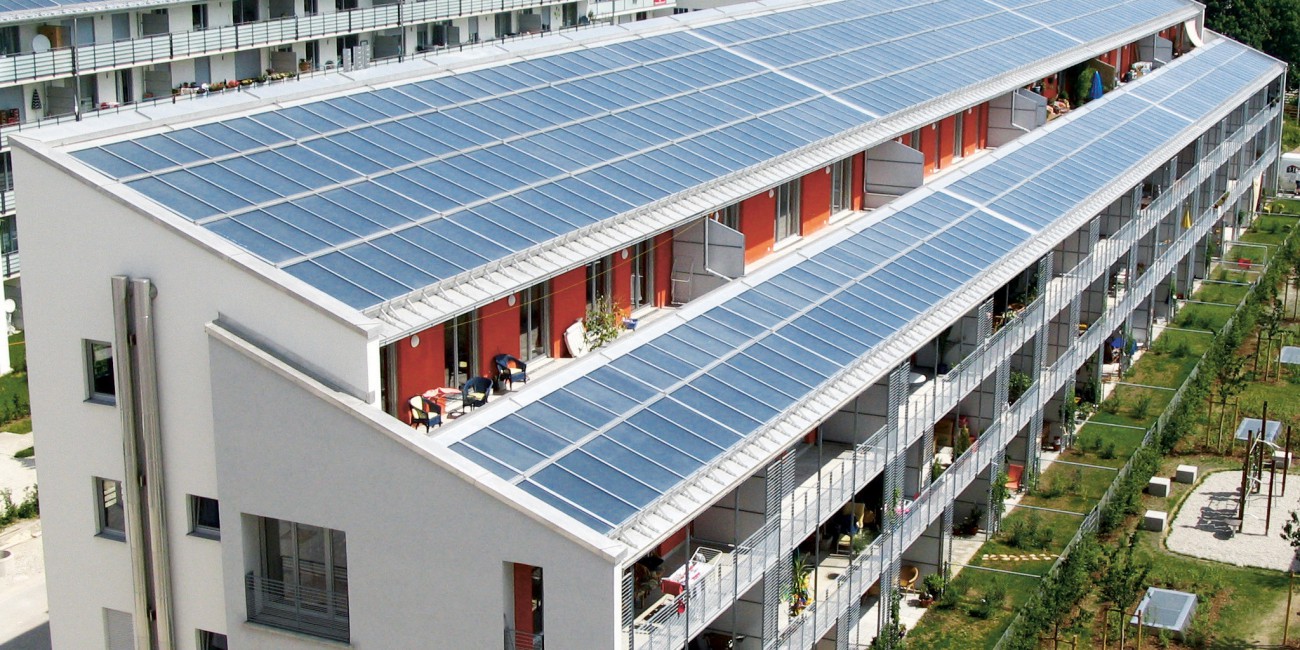 Tropical roofs feature an extra sunshade on the building to prevent the building from heating up. As less heat is trapped in the mass below, less heat radiates off it at night. With tropical roofs that are also collector roofs, the effect is enhanced because heat and/or energy are withdrawn from the collectors, meaning that they do not heat up as much.

Pergolas covered with solar panels on top of car parks provide shade and utilise the solar energy, which can then be used for recharging electric cars. [EPA, UHI Cool Roofs, 2008]