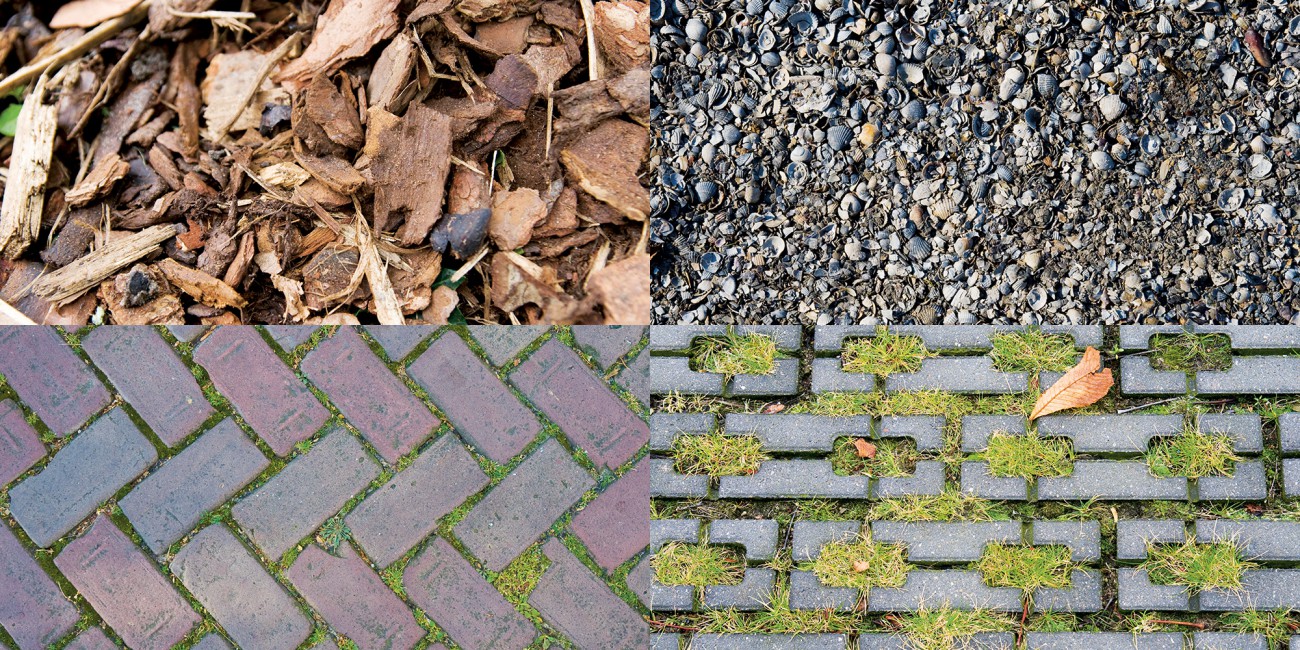 Water-permeable pavements are porous or laid to allow voids, have an open structure, or are made of partially pervious materials. They allow water to pass through or around them into the soil. This has various advantages: rainwater can infiltrate into the ground, groundwater is replenished, and sewerage systems are relieved.

Porous paving materials allow water to pass directly through them. Pervious pavements are made of materials such as open-joint bricks that maintain voids between them, through which water can infiltrate. Pavers with an open structure, such as grass-concrete pavers, open-cell concrete blocks, or blocks laid in open patterns, allow room for plants to grow between them and rainwater to penetrate the soil. Semi-pervious paving materials such as wood chips, shells, gravel or stone aggregate allow rainwater to infiltrate but cannot support heavy loads.

With all of these kinds of permeable pavements, light rain showers can infiltrate the soil without any appreciable difficulty. Runoff from heavier showers still needs to be channeled away via sewerage pipes or surface water. Rooze et al., 2021

Porous and open-joint bricks can be used in lightly trafficked roads and car parks. Permeable materials such as grass-concrete pavers and open pavement patterns are less stable and cannot bear heavy loads. As such, they are only suitable for lightly used car parks and driveways. Gravel and shell pavements are even less robust and are therefore most appropriate for footpaths and bicycle paths, or on private terrains. Permeable pavements are not suitable for heavily used roads or car parks owing to the risk of pollution, and because those materials cannot bear heavy loads. Geiger et al., 2009

A disadvantage of open and porous paving materials is that they eventually become clogged with sediment. At that point, even with good maintenance, it is impossible to achieve the initial performance level, and the water infiltration capacity is lost. Veldkamp et al. 2020 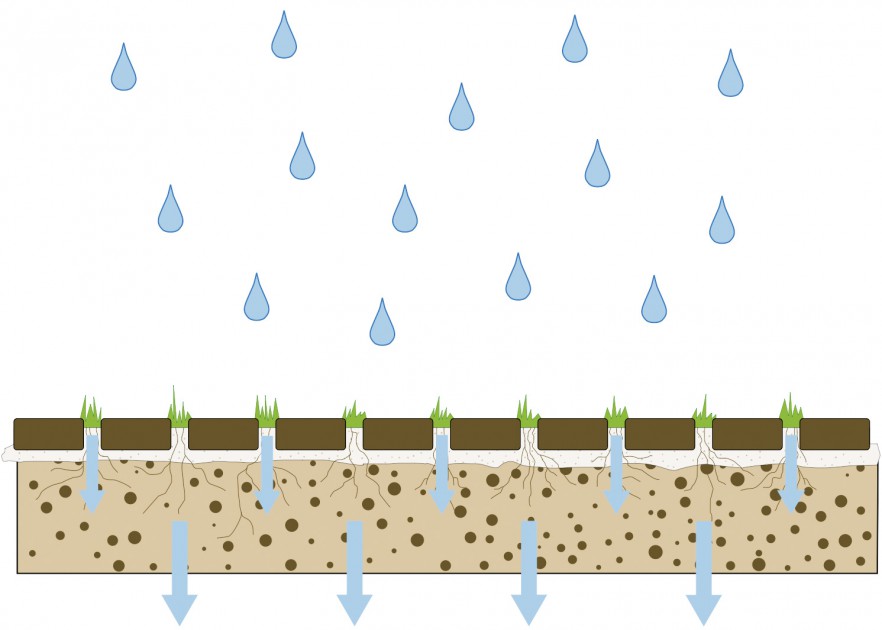 Porous bricks have a highly porous grain structure that lets air and water through. Porous bricks can be used for footpaths, cycle paths and roads. One drawback, however, is that the bricks eventually become clogged with sediment.

These bricks have nubs on their sides, ensuring that a gap always remains between them and the joints remain open. These gaps, too, can eventually become clogged with sediment.

Ordinary road bricks can also be laid in open or semi-open patterns. The open spaces can be filled with soil and grass, gravel or shells. Bricks come in a wide variety of types, and with a bit of creativity, all manner of patterns can be conceived. The amount of open space in the pavement can be determined by varying the pattern. Important factors for preventing subsidence are the quality of the foundation and the stability of the pattern. Open paving patterns cannot support heavy loads.

Grass-concrete pavers are concrete tiles that are shaped in such a way that they leave large open spaces between the tiles. They can serve as pavement for car parks, roads and garage drives that are used less intensively. In addition to being less stable, grass does not develop sufficiently in intensively used parking spaces. 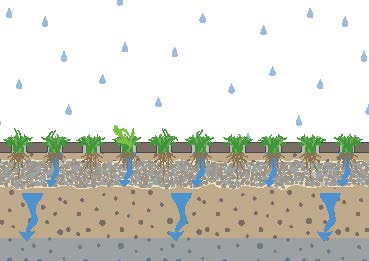 Examples of uses for these kinds of pavement are footpaths, playgrounds, fire access roads, centre berms, aeration around tree roots, as a cover layer for pavement, in verges and in private gardens. 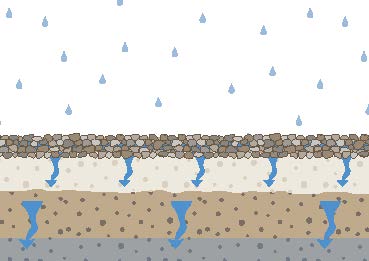 Mixture of gravel and grass

This kind of surface consists of a mixture of humus and gravel or stone aggregate in a stabilising mat. Grass is sown on the top layer, after which it is compacted. 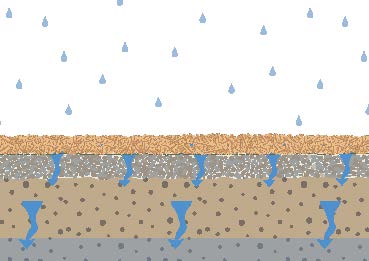