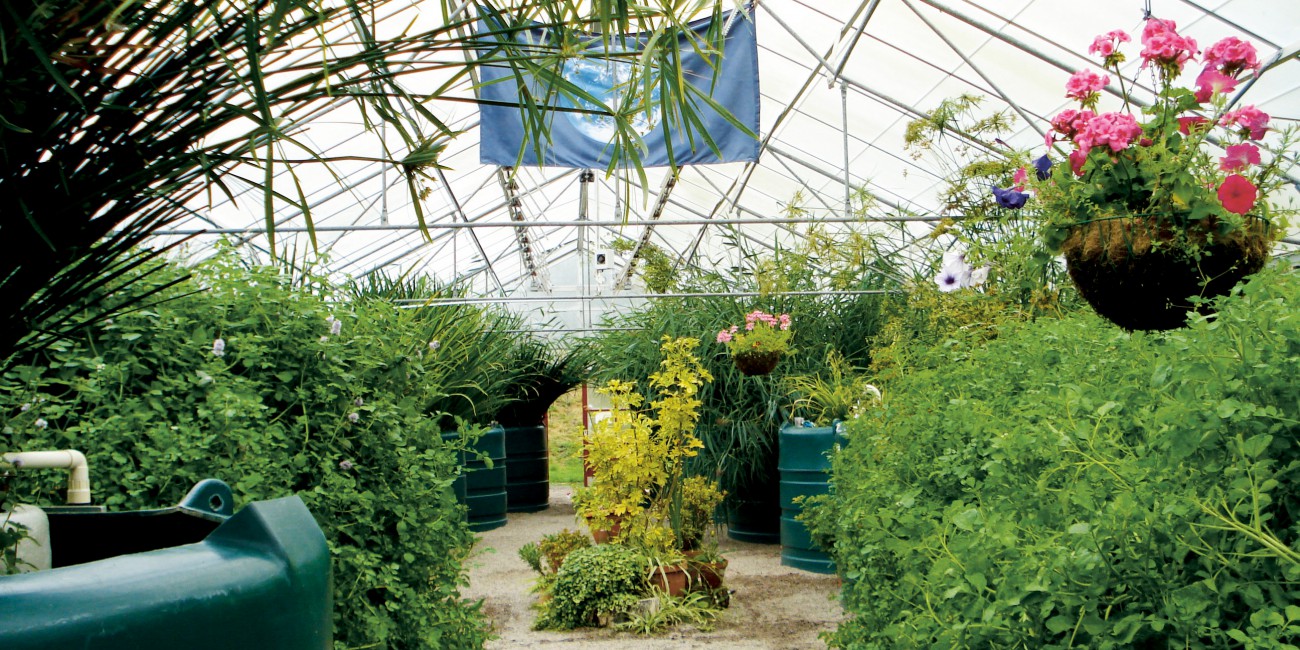 The principles used in a Living Machine are the same as those of helophyte filters. However, in a Living Machine, part of the biological treatment takes place in a hothouse. The hothouse serves to protect the subtropical plants that make up part of the treatment process from the cold and so to increase their effectiveness. The protective atmosphere in the hothouse means that other plants and animals can also be incorporated into the treatment process, such as tropical plants, zooplankton, fish, vegetables, etcetera.

Living Machines are relatively compact, and the subtropical vegetation in the hothouses also makes them appealing to visitors.
The first Living Machine was realised in the Findhorn Foundation, a Scottish living and working community, in 1955. Today, this wastewater treatment system, which is based on natural principles, treats the wastewater produced by the community’s approximately 250 residents. Canadian biologist John Todd developed this patented treatment method, which is currently in use in many different places around the world.
A Living Machine can be constructed in various different ways. The Living Machine in Findhorn is a low-tech system that the community realised by itself, while the Living Machine at Dierenpark Emmen Zoo has an advanced design. [Pötz et al., 1998] 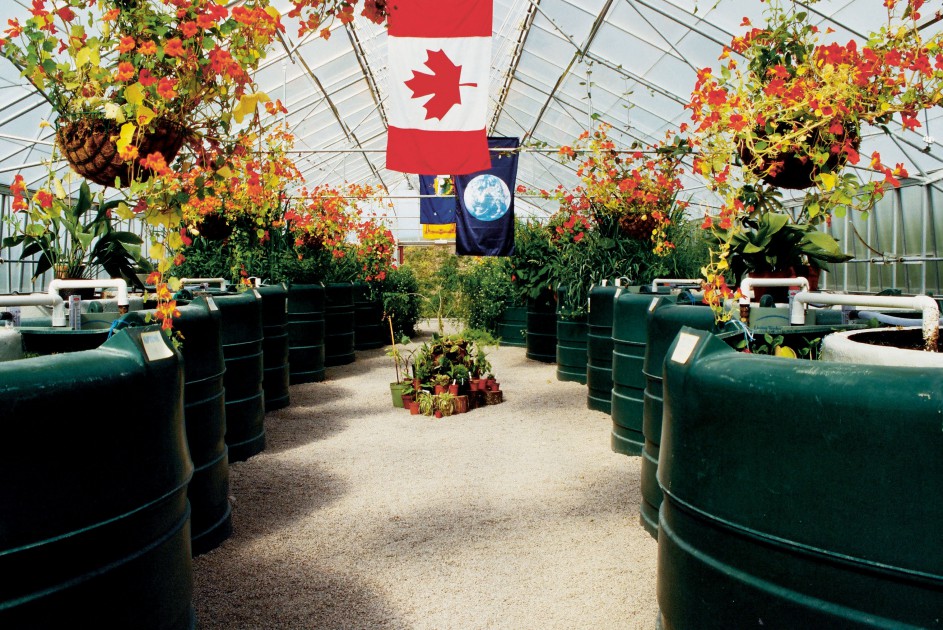