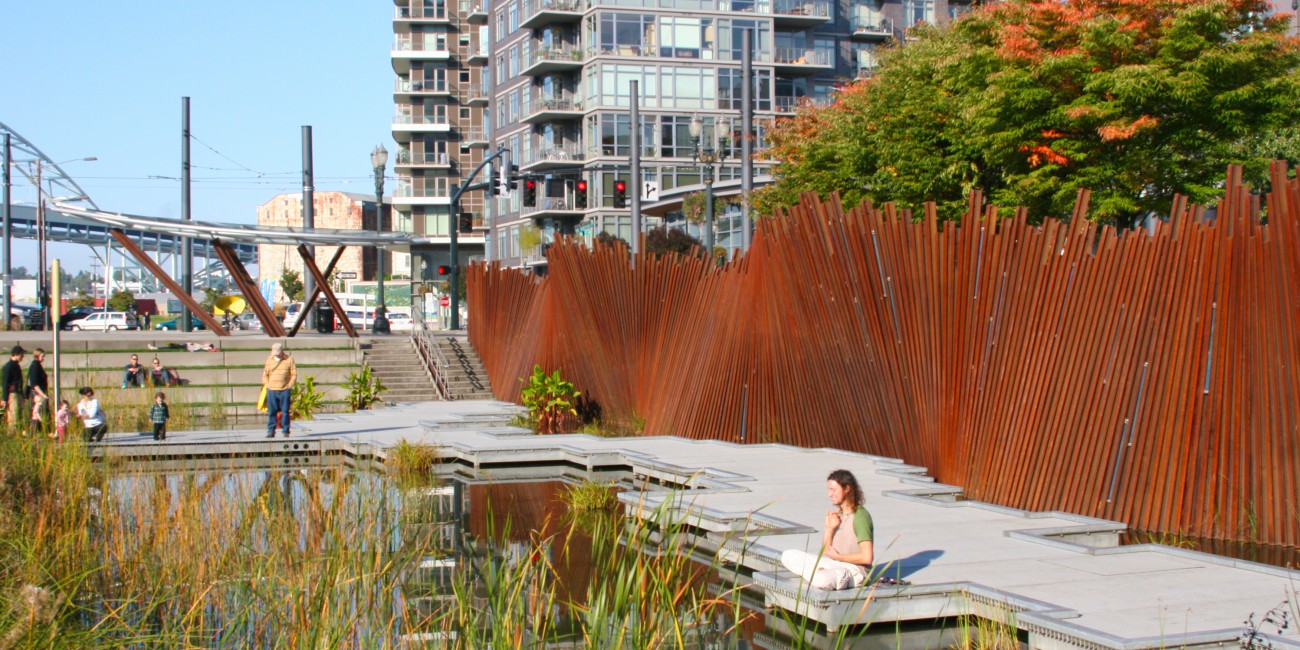 Portland has succeeded in an exemplary fashion in combining goals in terms of ecology, water management, art and participation. The result is a beautiful city park.
On a former industrial estate, a new urban district has arisen whose value increased when this water-rich city park was realised.

The park’s design draws inspiration from the area’s original natural state, before it became an industrial site and marshalling yard. Its wetland character was restored in an urban setting by including water features, reintroducing groundwater and planting suitable vegetation. 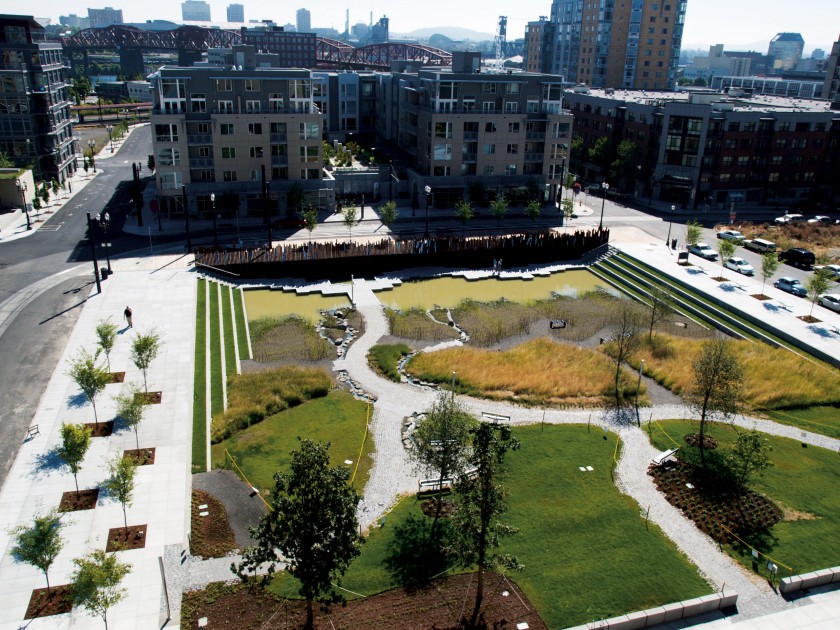 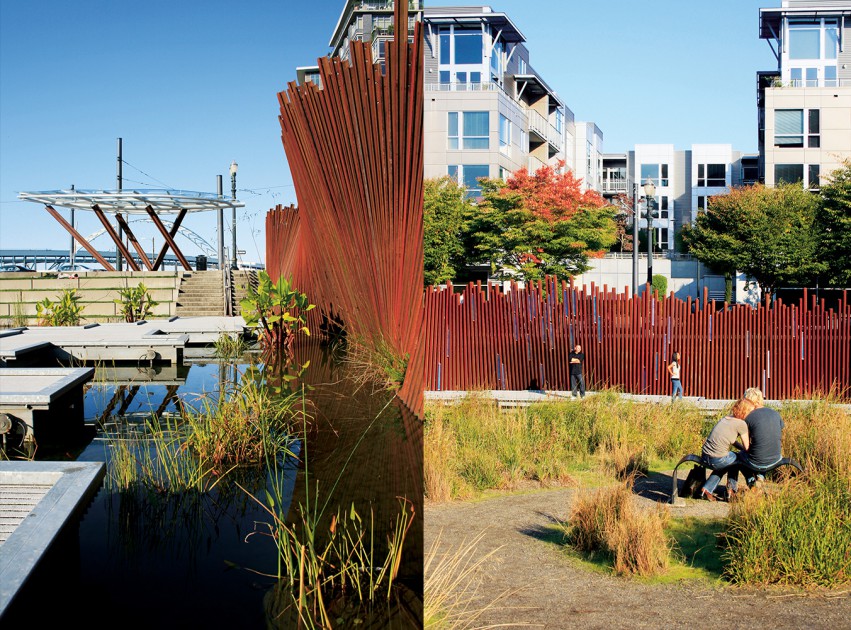 Rainwater that runs off from impervious surfaces and the adjacent streets is buffered in the pond. The pond is situated at the lowest point of the slope, approximately 1.80 metres below street level. The pond is bordered by a 60-metre-long artwork, the Art Wall, made from old rails found in the area. The rails are interspersed with fused glass showing images of dragonflies, spiders and amphibious creatures from the former wetland.

While the city park was being designed, workshops were organised to involve the residents, local businesses and users of the district. [Pötz et al., 2009] 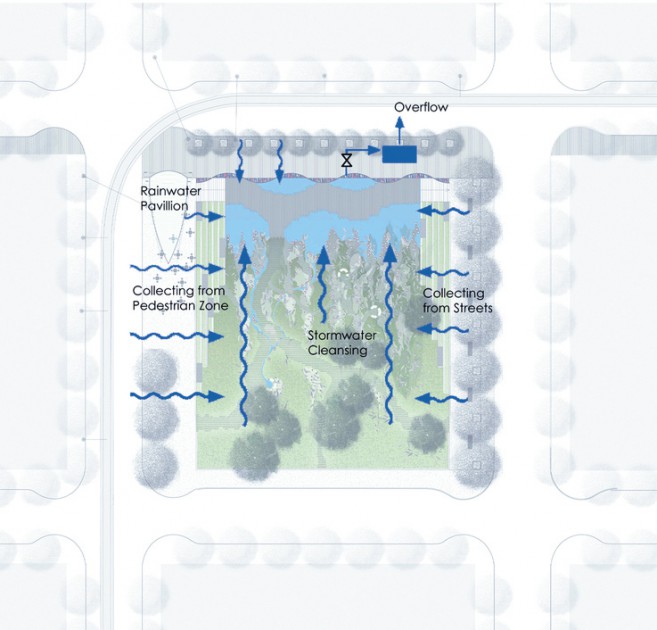 Plan of the park © Atelier Dreiseitl