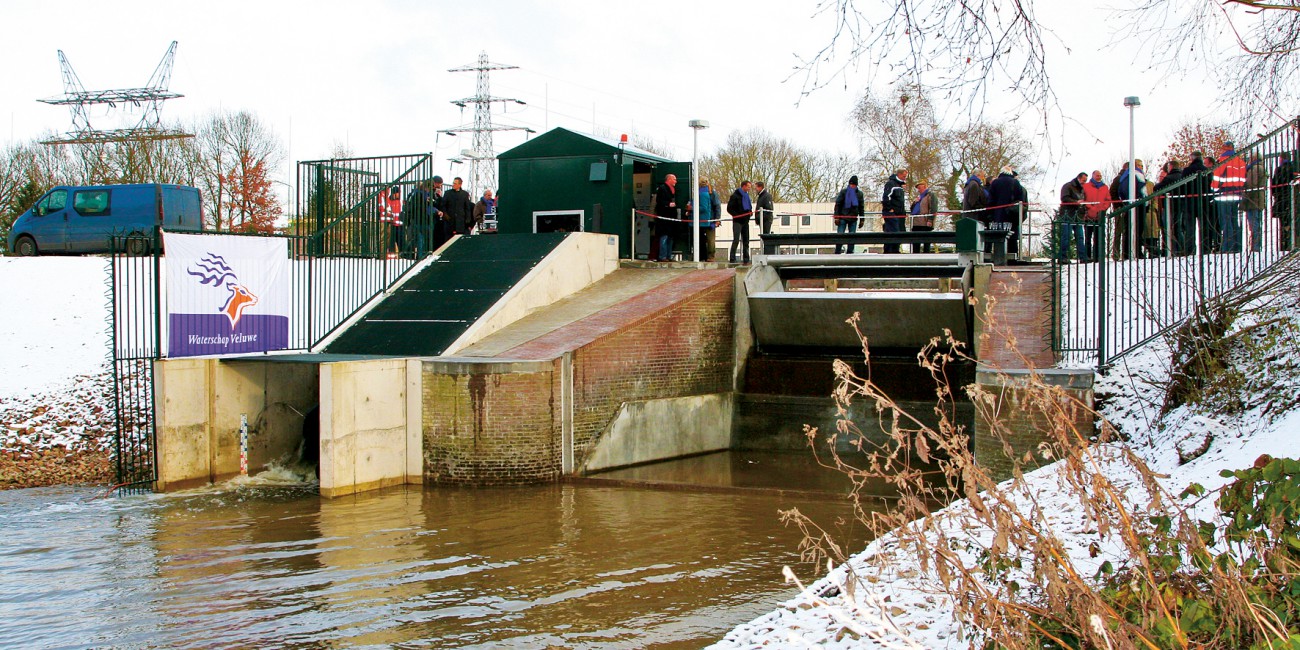 Near Hattem in the Veluwe, the Apeldoorn Canal runs into the Oude Grift. The drop is 2.5 metres. When the original weir was renovated, the opportunity presented itself to realise a compact hydraulic power station with an output of 150MWh/A, enough to fulfil the electricity needs of around 50 homes. Small hydraulic power stations like this are well-suited for use in urban areas. However, only a few suitable locations exist in the Netherlands. [Frederiks, 2010] [Waterschap Veluwe, 2011] 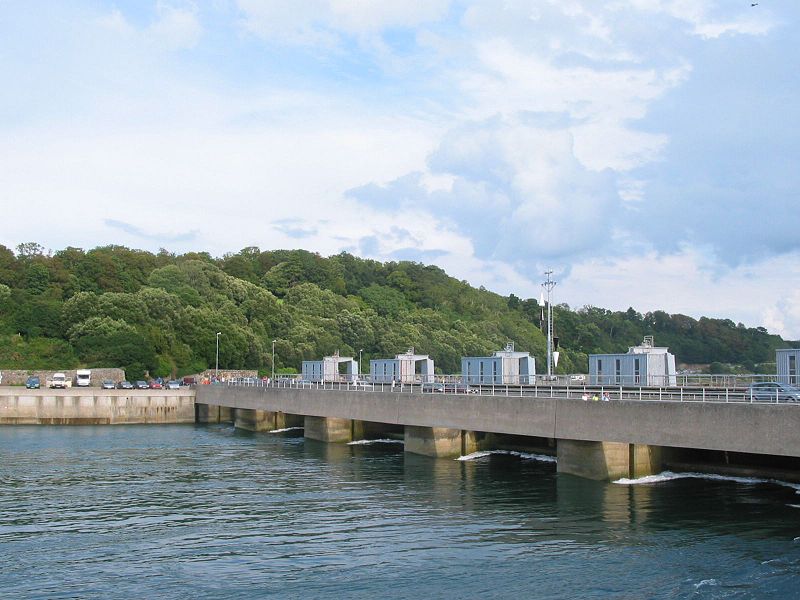 Dam of the tidal power plant on the estuary of the Rance River, Bretagne, France © Dani 7C3, Wikipedia, August 2004